Club3D has updated its Green Edition line of graphics cards with yet another model, the GTX 560 Ti Green Edition. Thanks to the custom design, this card has a up to 10 percent higher power efficiency when compared to the reference cards.

As far as specs go, the card is pretty much what you would expect from a GTX 560 Ti. It features 384 CUDA cores and ticks at 822MHz for the GPU, 1645MHz for shaders and 4000MHz for 1GB of GDDR5 memory paired up with a 256-bit memory interface. The new GTX 560 Ti Green Edition is cooled by a new design of the CoolStream cooler and features two DVI and one mini HDMI output.

Unfortunately, the price hasn't been announced but the card should show up in retail/e-tail sometimes during this month. 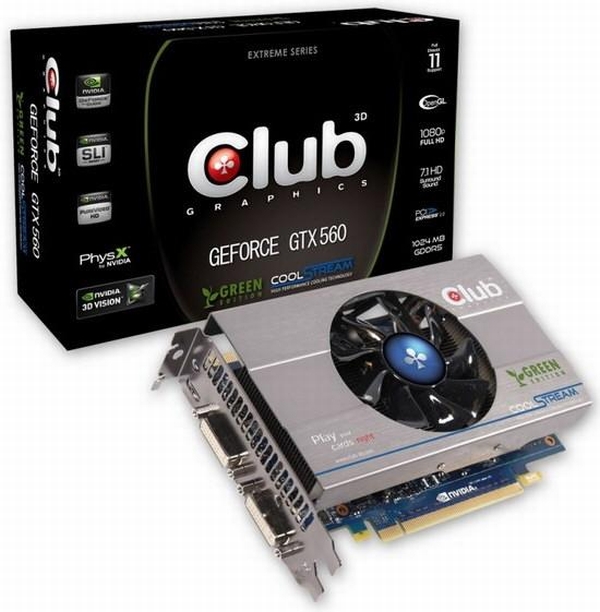