As it was rumoured earlier, Zotac has now officially rolled out two GTS 450 cards, one at reference clocks and another that will be a part of Zotac's AMP! Edition series.

The reference version works at 810HMz for the GPU, 1620MHz for those 192 CUDA cores and 3608MHz for 1GB of GDDR5 memory paired up with a 128-bit memory interface. This one features an Nvidia reference design and has two DVI and mini-HDMI outputs and features a centered placed fan that is identical to the one on Nvidia's reference card.

The AMP! version on the other hand features a whole different PCB, probably made by Zotac, has a differnt fan, heatsink, shroud and also features two DVI, HDMI and DisplayPort outputs. This one also features a higher factory overclock so it works at 875MHz for the GPU, 1750MHz for CUDA cores and 4000MHz for 1GB of GDDR5 memory.

Both cards support DirectX 11 and are based on Nvidia's new 40nm GF106 GPU. 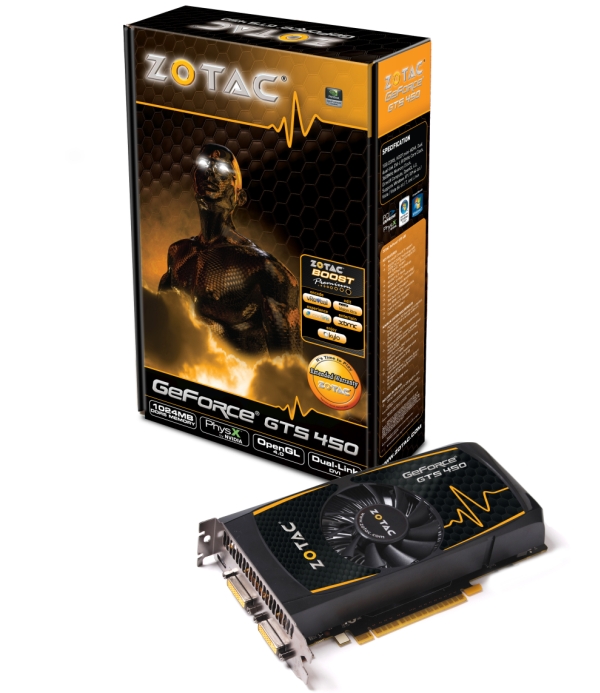 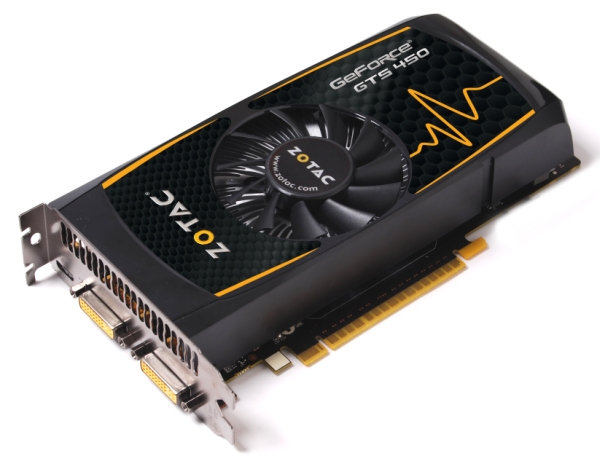 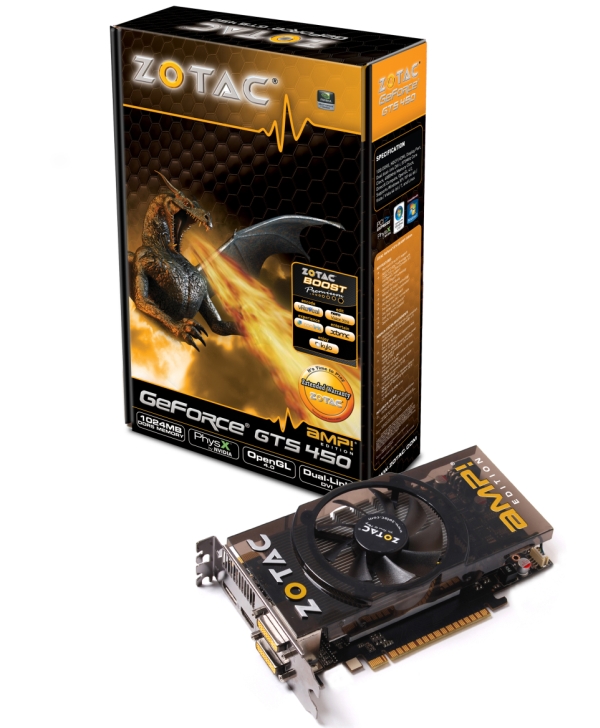 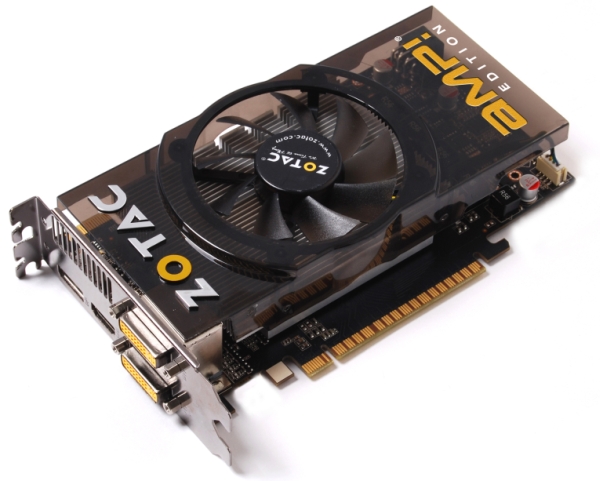 Last modified on 13 September 2010
Rate this item
(0 votes)
Tagged under
More in this category: « Gainward rolls out three GTS 450 cards Nvidia GTS 450 scales well in SLI »
back to top