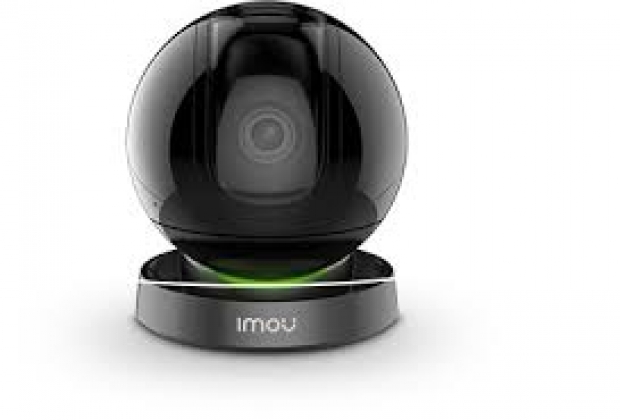 The first step to outsourcing parenting to robots has begun with what is being billed as the world’s first AIoT camera that helps parents keep an eye on kids while working from home.

Ranger IQ enables parents to talk to kids from wherever they are, while monitoring them with a camera so that they can shout things like "don't touch that", "don't eat that" or "the dog does not like that".

Imou has launched Ranger IQ, a premium yet affordable artificial intelligence-enabled internet of things (AIoT) camera, which guarantees homes remain secure both now and when the world goes back to school, college and work.

The camera can be activated to watch your house while you are out and receive an alert if an intruder has slipped in behind you, then sound the Built-In Siren to scare them off. Or, use the Two-Way Talk feature to let them know you’re aware of their intrusion, delivered directly via the camera’s speaker.

Ranger IQ is a smart security option that captures 1080p resolution 24/7, even in low light conditions thanks to the embedded Sony Starlight sensor. This advanced imaging technology offers vivid full-colour streaming even in low-light conditions, without sacrificing image quality when the sun goes down.

Ranger IQ’s advanced AI Human Motion Tracking software automatically focuses on, and quickly identifies and recognises, humans, as its AI Human Detection feature distinguishes them from animals, which saves pet owners from false alarms or unnecessary worry. Instant Alerts notify users if there’s an intruder or if it’s just the dog jumping up onto the sofa.

Ranger IQ’s smart AI-enabled technology allows the device to get to know users’ home habits, alerting them if it detects any unusual activity, while the smart Sound Detection function recognises abnormal sounds such as a smoke alarm or a baby’s cry.

This sends users an alert to their smartphone if it hears anything out of the ordinary within the home, keeping users aware of what’s going on, even if they’re not there. In addition, Ranger IQ’s customisable Built-In Siren will detect any strange movements, from intruders for example, and pulsate an alarm loud enough to be audible throughout any size of home, to scare them away.

Ranger IQ records footage and saves it online, or locally via microSD or a network video recorder (NVR) for larger storage requirements. So, if the camera is unplugged by an intruder, all of the moments before then will be saved to show the police.

Ranger IQ also doubles as an Amazon Alexa and/or Google Assistant speaker, so users can talk to visitors, or Fido the dog, and issue commands including arming and disarming the system. Its built-in two-way talk feature enables Ranger IQ to speak directly to visitors, including telling couriers where to leave a delivery. The price tag is £85.99 RRP on Amazon.

Last modified on 21 April 2020
Rate this item
(0 votes)
Tagged under
More in this category: « Ai works out who dung it AI can spot a bear bot at 20 paces »
back to top