AI can spot a bear bot at 20 paces 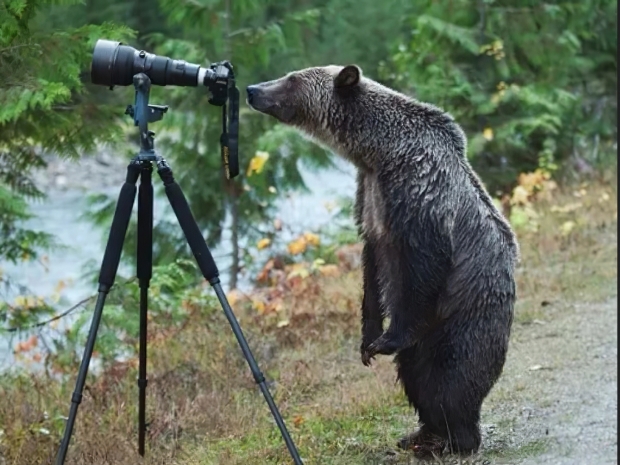 AI is being used to spot the difference between human users and fake accounts on Twitter.

Emilio Ferrara at the University of Southern California in the US, and his colleagues have trained an AI to detect bots on Twitter based on differences in patterns of activity between real and fake accounts.

The team analysed two separate datasets of Twitter users, which had been classified either manually or by a pre-existing algorithm as either bot or human.

The researchers found that human users replied four to five times more often to other tweets than bots did. Real users gradually become more interactive, with the fraction of replies increasing over the course of an hour-long session of Twitter use.

The length of tweets by human users also decreased as sessions progressed. “The amount of information that is exchanged diminishes”, says Ferrara. He believes that the change may result from a cognitive depletion over time, in which people become less likely to expend mental effort composing original content.

Bots, on the other hand, show no changes in their interactivity or the length of information they tweet over time.

The team analysed the amount of time between any two consecutive tweets from a single user. When this distribution is plotted, bots showed spikes for certain time gaps, such as tweeting at 30-minute or 60-minute intervals.

The team then combined these measures to train an existing bot-detection algorithm, called Botometer, on the difference in activity patterns. The AI was significantly more likely to accurately detect to fake accounts than when it was not taking into account the timing of posts.

The algorithm could be used to complement other bot-detection tools that analyse the language within posts, says Ferrara.

The only downside of the study is is that it's based on three year old Twitter data.  It’s possible that bots have become more human-like in their activity patterns.

Last modified on 22 April 2020
Rate this item
(0 votes)
Tagged under
More in this category: « First stage to outsourcing parenting happens Magic Leap lays off staff and gives up on consumers »
back to top