Microsoft's fifth-generation Surface could be ARM-based 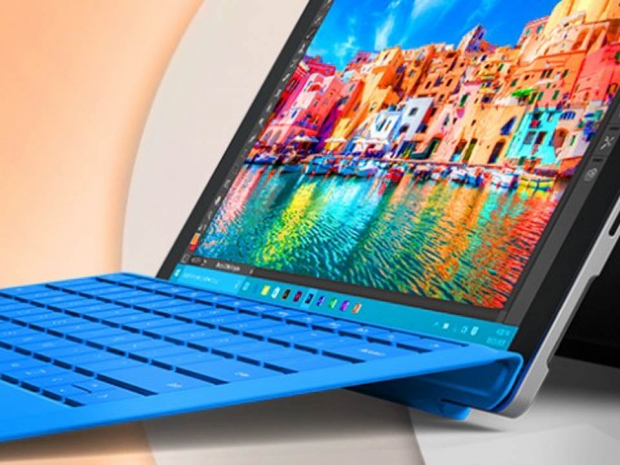 Last week we wrote that Qualcomm is preparing to release a Snapdragon 835-based Windows 10 notebook by the end of 2017, ending three and a half years of x86 dominance that has proliferated the industry since the discontinuation of Windows RT in late 2013.

Now, a report from the upstream supply chain suggests that a new ARM-based notebook is indeed being developed, and either Microsoft or Lenovo could be the company behind it. The sources suggest that the previously mentioned device is either Microsoft’s fifth-generation Surface or a Lenovo Yoga 2-in-1 refresh that will be based on an upcoming version of Windows built natively for ARM (Windows on ARM).

Microsoft’s efforts to bring Windows to the 32-bit ARM platform began back in October 2012 with the introduction of Windows RT, an edition that shipped with the first Surface tablet, the Lenovo Yoga 11, the Samsung Ativ Tab. The company’s intention was to take advantage of the ARM’s power efficiency to enable longer battery life, thinner mobile designs, and to provide a “reliable” experience over time.

The last Microsoft-branded device with an ARM-based processor was the Surface 2, released in October 2013 and featuring Windows RT 8.1. But despite looking and behaving like its traditional x86-based counterpart, Windows RT had many limitations. For one, it could only execute software that was digitally signed by Microsoft, and it did not include many developer-oriented features. This led to general criticisms that Windows RT lacked a broad software ecosystem, given the early state of the Windows Store at the time and its incompatibility with existing Win32 software. Then in November 2013, just a month after the Surface 2 released, the company announced at the UBS Global Technology Conference that it would be discontinuing Windows RT due to its poor adoption.

Three years ago, newer Intel x86 processors for notebook devices were becoming more competitive than their ARM equivalents for performance and battery life. Today, that is beginning to change as Microsoft observes less expensive ARM-based devices like Chromebooks and iPads consuming its sales of Windows x86 notebooks. But in order for it to sell devices like the upcoming fifth-generation Surface, the previous strategy it used with Windows RT will need to change.

Rather than splitting its software ecosystems between Windows on ARM (WOA) and existing x86/64 applications like it did with Windows RT, Microsoft’s partnership with Qualcomm is expected to focus on conquering weaknesses by emulating x86 apps inside a native ARM environment. This approach allows Microsoft to continue its focus on delivering a “full Windows experience” with Windows 10 and Windows 10 Mobile, while Qualcomm enables embedded support for both Universal Windows Platform (UWP) apps and Win32 legacy apps through emulation on its mobile chipsets. This will begin with the Snapdragon 835 and continue with other chipsets by the end of the year or in early Q1 2018.

In December, Microsoft demonstrated Windows on ARM in action during its WinHEC 2016 conference running a full version of Windows 10 on a Snapdragon 820 process with 4GB of RAM. The company launched a mix of UWP and Win32 apps, including Adobe Photoshop, Microsoft Office, popular games and several videos.