Why Qualcomm settled on the Snapdragon 835 name 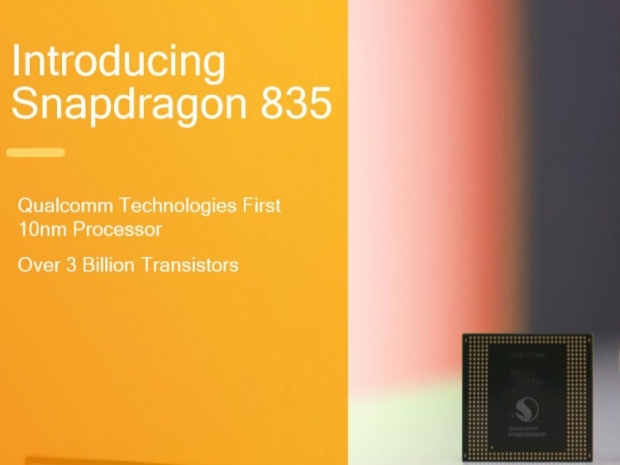 The answer is incredibly simple and logical. One of the company’s senior executives told Fudzilla that the Snapdragon team discussed the upcoming 10nm SoC and made an internal survey.

The Snapdragon 835 with its 10nm, brand new cores, lower power consumption, much improved GPU, Camera, DSP and VR performance as well as new modem and integrated Wi-Fi, looks like a real heavyweight champ. It will be hard for competitors to beat it - but all in good time.

Of course, later this year there will be a successor to the Snapdragon 835 but it is definitely too early to talk about that, as many companies prepare to flood the market with Snapdragon 835 devices. The sucessor to the 835 is set to arrive in early 2018 and be in high end phones that should end hit the market in late Q1 or early Q2 2018. That is now the standard drill. As one of our dear colleagues pointed out, it is rather expected that the latest generation product, such as Snapdragon 835, will be the best one so far. If not, the company is in trouble. From what we've see so far, Snapdragon 835 is the best SoC we've seen and definitely leaves both Snapdragon 820 and 821 behind in power, performance and efficiency.

Of course the 2018 Snapdragon is being developed under a codename but the work on 2018, the 2019 and even 2020 Snapdragon has already begun. It takes quite some time to complete this complex SoC miracle. And the future is rather clear, less nanometers, more transistors, at less power with higher performance.