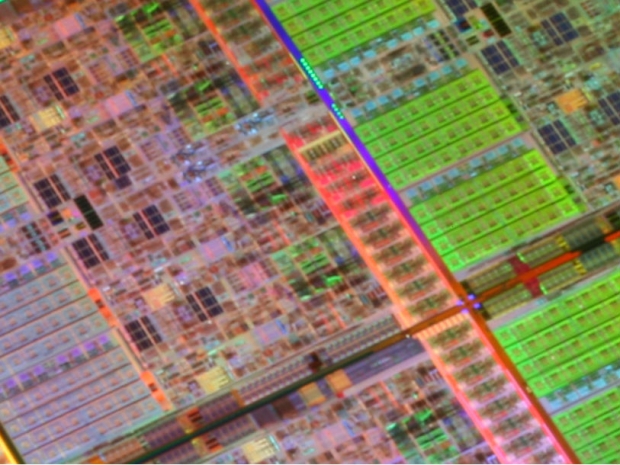 TSMC is currently manufacturing the MediaTek 10nm, deca core based Helio X30 and it looks like in 2018, TSMC might be ready for 7nm and twelve core SoCs from the same house.

Samsung and Qualcomm are already pumping out millions of 10nm SoCs as we speak, and it all looks ready for the March 29 date, ot shall we say today's introduction of the Samsung Galaxy S8 phone. Samsung’s usual strategy is to ship the phone in the following month making the actual shipping happening at the beginning of Q2 2017. Samsung's Galaxy S8 and S8+ are just the first of many 10nm based phones to come. Samsung uses both the Snapdagon 835 and the Exynos 8895 both 10nm SoCs for its phones.

MediaTek, on the other hand, is getting ready to start shipping its Helio X30 10nm deca-core and we saw prototype devices at the Mobile World Congress 2017. The SoC looks like it's much improved compared to last year’s flagship Helio X20.

Recent information implies that the new SoC planned for next year might be the 7nm twelve core and it remains to be seen what the core configuration will be. MediaTek had a hard time fighting the Samsung’s Exynos 8890, the Huawei Kirin 955 / 960 and the Snapdragon 820 last year. The upcoming Exynos 8895 and Snapdragon 835 in 10nm look like very solid performers too. For MediaTek, it remains to be seen if the additional two cores and twelve core design can make a difference. It seems that everyone else in the spectrum stops at eight cores but MediaTek decides that more is better. Just remember, MediaTek was the first company to push the industry from the usual four cores to now a standard eight cores, so it had some good vision at the right time.

The mobile industry managed to get ahead of the rest of the chip industry, at least when it comes to the transition to new manufacturing processes. Snapdragon 835 is the world’s first 10nm SoC developed by the Samsung’s fab while Samsung and MediaTek took their time and only officially announced their 10nm offering roughly a month ago.

Time will tell if it will be realistic to expect 7nm SoC ready in 1H 2018 for the next generation refresh. With Xiaomi making its own, codenamed Pinecone, a Surge S1 branded core and possibly even a higher end core, the pressure will be on manufacturers like MediaTek which relies on China based phone manufacturers. Huawei has been manufacturing a few varieties of Kirin for a while now and sells a lot of phones. There are still a few big names in China including Oppo and Vivo which don't have their own in house SoC.

Xiaomi wants to compete with some big names such as Huawei, as the big players have their own chips. But regardless of the fact that Xiaomi did a great job appealingto a world population with Hugo Bara's hire,  Oppo is the company which is using mostly Qualcomm and some MediaTek and it remains the number one in China market.

US, Europe and most other developed markets will embrace the big players including Apple, Samsung, Qualcomm and Huawei's SoC solutions, with little space for the rest of the SoC competition. It will be tough to compete in the future but it will definitely bring some  much needed innovation.

Last modified on 29 March 2017
Rate this item
(0 votes)
Tagged under
More in this category: « Apple replaces ancient file system Why Qualcomm settled on the Snapdragon 835 name »
back to top