Intel 7560 CDMA support comes from Via 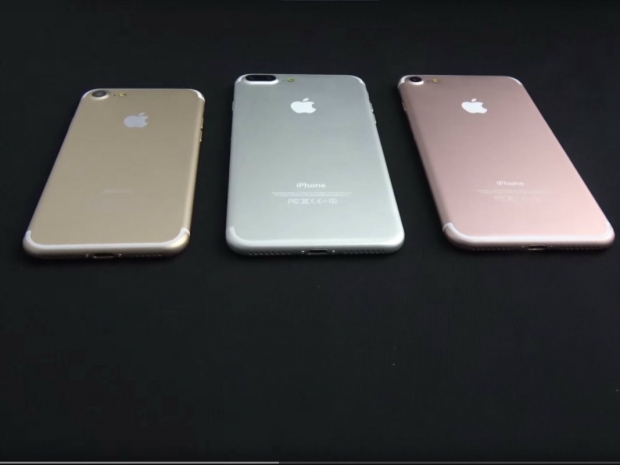 Not the sharpest knife in the drawer

Intel XMM 7560 is, according to company representatives, coming at some point next year. Since this is the first time we’ve seen an Intel XMM product supporting CDMA, we started asking around where did the modem comes from.

To our surprise, Formosa Plastic owned company called VIA is behind the CDMA technology in XMM 7560 modem. Intel acquired Via Telecom in 2015 and this is where the CDMA came from.

CDMA is important for a few reasons. The two main customers are China Telecom (830 plus million subscribers) while the second big reason is called Verizon Wireless and the largest network in the US. Both China Telecom and Verizon use CDMA networks. The phone without a modem that supports CDMA won’t work on these networks and this was one of the reason why China Telecom, Verizon, Sprint and a few others got the iPhone 7 A1660 and  iPhone 7 Plus A1661. These phones are guaranteed to work worldwide, as they support both GSM and CMDA.

iPhone 7 selling on AT&T and T-Mobile (iPhone 7 model A1778 / iPhone 7 Plus model A1784 ) in the USA have an Intel based modem and it doesn’t support CDMA. Many users realized that this makes it impossible to bring your AT&T or T-Mobile phone to Verizon or Sprint. Since Intel wants to convince the world that it is a big player in the wireless world, it had to get the CDMA support and this will go live in the iPhone late 2018 version, of course if Intel convinces Apple that it's the right deal.

Via is definitely not a big name in wireless technologies and definitely not a leader in 4G / LTE. It caught us by surprise to learn that Via even had CDMA. Naturally since Intel desperately needed the technology, it went and bought it. Some of our vintage readers will remember Via making chipsets for AMD and Intel, until Intel shut that adventure down some good decade ago. We used to work very closely with Via when it had decent chipsets, but the company lost most of its significance in the PC market when it stopped developing  PC processors and motherboard chipsets.

Nvidia acquired a soft modem company called ICERA and the acquisition went so badly that Nvidia had to shut the modem operation completely. This is probably one of the biggest misses for Nvidia in the entire decade if not ever. Intel’s choice of Via for CDMA part for XMM 7560 modem doesn’t necessarily means a bad thing, but it doesn’t sound really promising either.

Intel's existing XMM 7360 modem that is inside many iPhone 7 phones (iPhone 7 model A1778 / iPhone 7 Plus model A1784), according to Cellular Insights has serious issues compared to the Qualcomm MDM9645M LTE Cat. 12 Modem solution. iPhone 7 A1660 and iPhone 7 Plus A1661 are ones with the Qualcomm modem.

Not only does the XMM 7360 modem not support some important features such as 4x4 MIMO and CDMA or the 600 Mbps speeds, it has significantly weaker coverage and signal. Cellular Insight wrote a lot about that, coming to a shocking conclusion.  All Europe, for example, is stuck with Intel based iPhone 7 model A1778 / iPhone 7 Plus model A1784 and there is nothing we can do about it.

Samsung, Huawei and MediaTek are the only others players in the modem game and they all have CDMA. Out of these three so far, only Samsung makes dedicated modems.

Last modified on 29 March 2017
Rate this item
(0 votes)
Tagged under
More in this category: « Why Qualcomm settled on the Snapdragon 835 name ZTE is off the US trade blacklist »
back to top