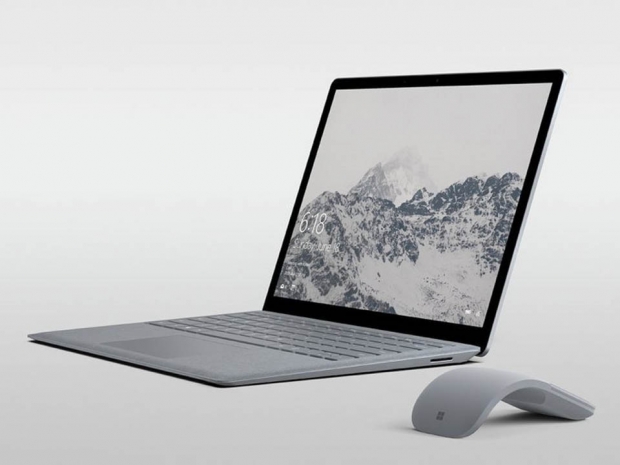 During Microsoft’s “Learn What’s Next” event this morning in New York City, the company showed off a new Surface Laptop for $999 aimed primarily at students with a focus on extending battery life beyond its nearest competition.

The Surface Laptop features a 13.5-inch PixelSense (3:2) display with 3.4 million high-contrast pixels and a 1080p resolution. The device itself features a metal unibody design with seamless-looking form – no speaker grills or holes, as Microsoft has decided to place the speakers under the keyboard. The keyboard features a laser-etched, Alcantara fabric lining to prevent light leakage around the keys, adding to the product’s design goal of being “silent to the eyes” and drawing in the user to a simplistic design without distractions.

“This product is so meticulously crafted. You won't find a screw, just a perfect flow of energy,” claimed Panos Panay, Corporate VP of Devices.

Microsoft’s foremost goal, it claimed,  was to design the Surface Laptop for students, and as such it needed to be able to offer competitive battery life when faced against similar notebooks from Apple, Dell, Lenovo, HP and others. And not to make money, presumably.  During the event, the company said that the Surface Laptop will feature an impressive 14.5 hours of battery life, and has near-zero battery usage across long-term standby. This is longer than the 13.3-inch MacBook Pro (10 hours), the 12-inch MacBook (10 hours) and the 13.3-inch MacBook Air (12 hours). Other contenders include the HP Spectre x360 Kaby Lake at up to 12.5 hours, the Dell XPS 13 (just over 13 hours), the Lenovo Yoga 910 (up to 10 hours) and the ASUS Zenbook 3 (9 hours 45 minutes).

Despite the lack of Thunderbolt 3 ports, Microsoft appears to have a real winner on its hands for educational users and business professionals who value battery performance and energy savings, it would like to think.  The company claims the device has near-zero battery usage across long-term standby, allowing the current session to be stored for long vacation trips without having to power down entirely.

Microsoft said that the Surface Laptop would be one of its first devices to feature Windows 10 S, a new version of its operating system. Terry Myerson, the company’s executive VP, explained that teachers and students needed a more "curated" form of Windows with a tighter security policy that allows only apps from the Windows Store to be installed and verified for integrity and performance. Aside from the app store lockdown, the OS will retain everything included in Windows 10 Pro but, it claimed, will feature quicker login times, a new default desktop image, and will be free for all schools using existing Windows Pro PCs. 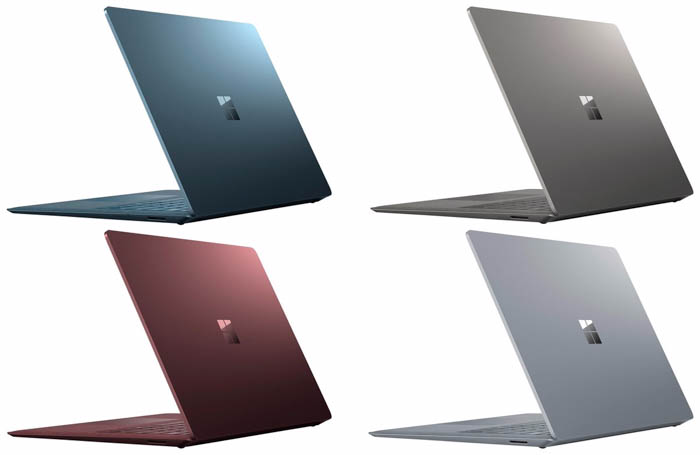 For now, the company has released a very Apple-like overview of the manufacturing process for its new Surface Laptop which can be viewed below.

Last modified on 02 May 2017
Rate this item
(1 Vote)
Tagged under
More in this category: « Microsoft's fifth-generation Surface could be ARM-based Microsoft Surface laptop is inadequate »
back to top