As it introduced a range of new iPads at its live event, Apple decided that it is time to drop the price of iPad Air, iPad mini 2 and the iPad mini.

While announcing that the original iPad Air, iPad mini and the iPad mini with Retina display will be around until the new versions start to ship next week, Apple's VP of Worldwide marketing, Phil Schiller, announced that these "older" devices will be getting a price cut. 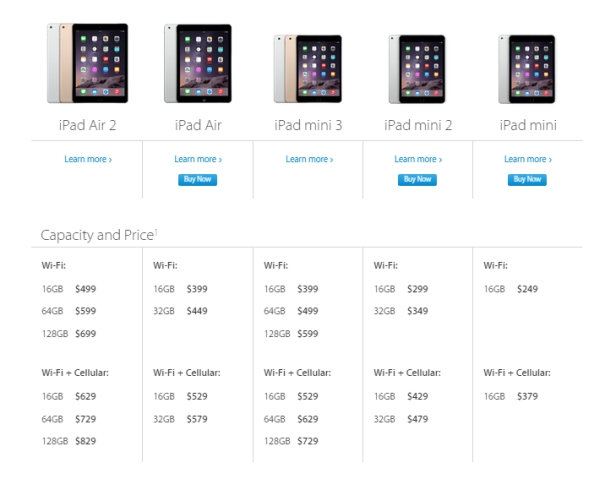 While they might not be around for long, iPad Air does not sound like a bad deal now that the price has dropped and the $249 iPad mini is the cheapest Apple tablet to date.

Last modified on 16 October 2014
Rate this item
(0 votes)
Tagged under
More in this category: « Apple announces the old iPad mini 3 Nvidia confirms Android 5.0 update for Shield Tablet »
back to top