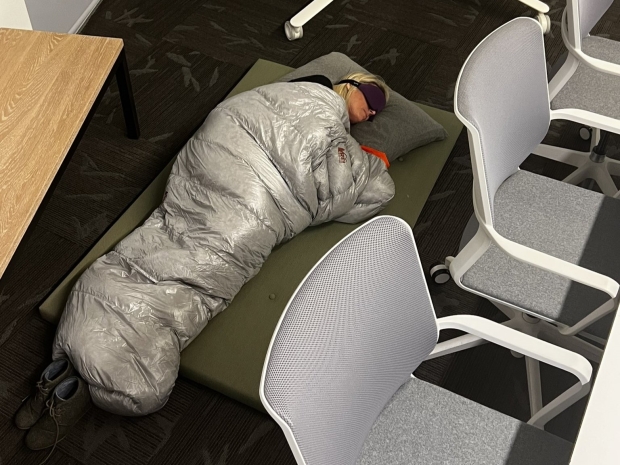 Staff appear to have reported Musk

Supreme Twit Elon [look at me] Musk’s refusal to let his staff go home until they have met his ridiculous deadlines appear to have gotten him into trouble with San Francisco city planners.

Musk has been insisting his developers stay in the office and catch a few hours of shut-eye in beds and mattresses the company has provided. The choice is that they will be sacked.

It appears that some of his loyal staff have had enough and reported him to San Francisco planning authority for converting his offices into residential quarters without planning permission.

The changes appear to be part of Musk’s plan for “hardcore Twitter” in which he’s demanded workers dedicate “long hours at high intensity” after he fired nearly half the company’s workforce.

Like many things Musk, the idea to turn his offices into working prisons took place in his own head and did not match any reality that the law allows. He assumed that if he said it, it would be so, and did not even apply for any permits to use portions of the building for residential purposes.

The San Francisco Department of building Inspections confirmed to several media outlets that it is investigating the matter after receiving a complaint and plans to inspect the company’s headquarters.

A council spokesman said that it needed to make sure that the building was being used as intended.

“There are different building code requirements for residential buildings, including those being used for short-term stays. These codes make sure people are using spaces safely.”

Musk was critical of the investigation. “So city of SF attacks companies providing beds for tired employees instead of ensuring kids are safe from fentanyl. Where are your priorities @LondonBreed!?” he said on Twitter with a link to an article detailing an account from a father who says his baby overdosed on fentanyl after being exposed to the drug at a city playground.

Before he ranted with a straw man argument, he might have checked the case as no city or police officials have confirmed the child’s emergency resulted from fentanyl exposure. Illegal building development by evil developers is something that councils worry about worldwide.

Employees meanwhile said that the beds and mattresses were just delivered without workers being told what they were for… it was just assumed that they would need them because they were not going home.

“It was not a good thing to see,” one worker moaned to the press.

Last modified on 08 December 2022
Rate this item
(2 votes)
Tagged under
More in this category: « Robots foiled by pedestrian crossings Musk fires more women than men »
back to top