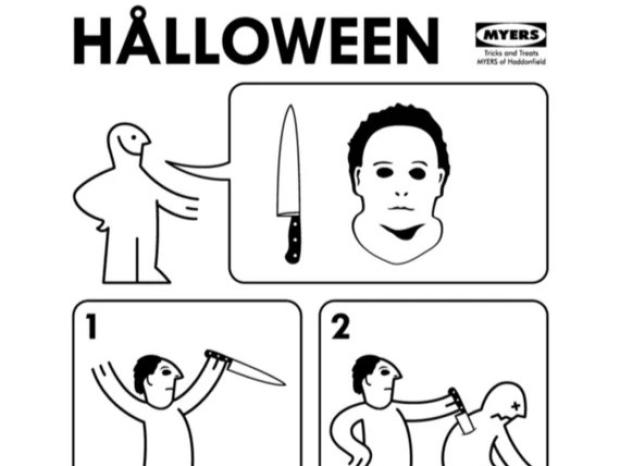 A pack of shelves arrives without the instructions

A flat pack furniture company established by a Swedish Nazi has threatened to sue an indie horror game developer.

Ikea wants changes in the game to stop press and players alike from comparing what goes on in the game to what happens in its global furniture chain.

The game “The Store is Closed” comes from indie developer Ziggy. It doesn't use any of Ikea's products, names, or branding. However, Ikea believes the developer infringes on its copyright and has sent in New York legal firm Fross Zelnick armed with writs.

Ikea said that the game uses a blue and yellow sign with a Scandinavian name on the store, a blue box-like building, yellow vertical stiped shirts identical to those worn by Ikea personnel, a grey path on the floor, furniture that looks like Ikea furniture, and product signage that looks like Ikea signage," the legal paperwork insists. "All the foregoing immediately suggest that the game takes place in an Ikea store."

For it to be genuinely an Ikea store, the assembly instructions would have to be in unreadable six point, and there should be a restaurant which serves meatballs.

UK-based Ziggy has ten days to make the changes or face legal action.

Ziggy tweeted that he was going to spend the last week of his Kickstarter preparing an update for all the new alpha testers. But now he has to revamp the entire look of the game so he does not get sued.

Last modified on 01 November 2022
Rate this item
(2 votes)
Tagged under
More in this category: « One of the world's first computer designers logs off Apple claims to have invented deep fakes »
back to top