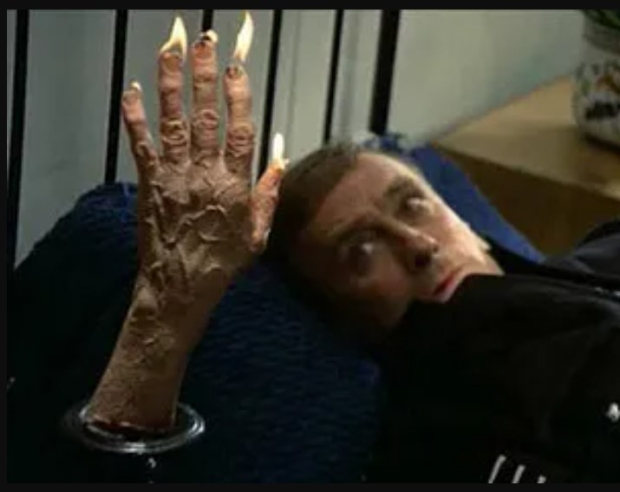 So that is one conspiracy consigned to the dustbin

Amazon has announced an expansion of its palm-reading payments service, Amazon One, which will come to a range of new Whole Foods stores, and while it will not tell your fortune it does kill off a long standing conspiracy myth parading as Biblical prophecy .

In the 1970s when IBM released bar scanning to supermarkets the fundamentalist Christian movement spend considerable time and effort proving that bar scans were the “mark of the beast.” They claimed that the left-wing governments would force users to tatoo a bar scan on their forehead or hand before they could buy food.

It was based on a rather creative reading of the Book of Revelation which was written in the first century by John of Patmos who seemed to be rather too full of magic mushrooms. The conspiracy theory more or less died when fundamentalist Christians realised they were not going to be able to buy their favourite snacks which ironically was sort of the point of the conspiracy theory.

It was periodically dusted off every time someone suggested implanting ID chips under the skin.

Now it turns out that if the great beast exists he is not going to need a bar code or a chip. All you need to do is scan your hand print.

As far as Amazon is concerned it will speed up the movement of customers through retail stores by streamlining the payments process. Palm scanning doesn’t require users to interact physically with any hardware, an added benefit from a hygiene perspective.

One potential roadblock for Amazon is the need to convince customers and lawmakers that the privacy risks associated with handing over biometric data are worth the additional convenience.

Maybe they should use the fact that it makes the anti-christ payment systems obsolete a selling point in a Christian country which considers the state in charge of women’s bodies,

Amazon has made clear that biometric data collected in support of palm-based payments will be encrypted and stored in a server dedicated exclusively to Amazon One.

Last modified on 11 August 2022
Rate this item
(0 votes)
Tagged under
More in this category: « DNA storage could be the only way forward Moderna CEO says COVID-19 vaccines are like iPhones »
back to top