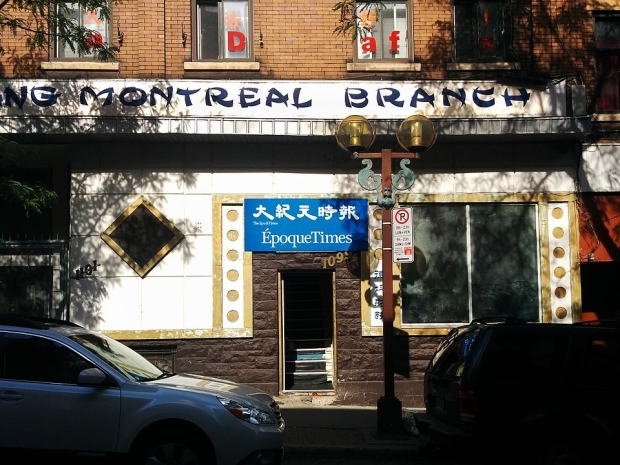 Twitter has blocked the far right The Epoch Times without explanation, hacking off "conservatives" who believe that the left is trying to shut them up.

Officially the Epoch Times was founded in 2000 by Chinese Americans who fled communist China and sought to create an independent media outlet to bring uncensored and truthful information to the world.

Practically, it is linked to the anti-communist Falun Gong religious cult and dishes out money from unknown sources for far-right political parties all over the world so it is not exactly neutral. The paper was a big supporter of Donald Trump because Falun Gong believers look forward to a "judgement day" in which communists are sent to hell and Falun Gong's allies are spared. Donald Trump was viewed as a key anti-communist ally and would hasten that judgment day.

China has banned Falun Gong and the Epoch Times which has been widely slammed by all sides of the political spectrum.

Twitter appeared to allow people to visit the site after they had pressed a few buttons which indicated they knew what they were doing and they were visiting a risky site.

“Twitter is blocking all links to @EpochTimes, including a story about a human trafficking survivor, and labeling them as ‘spammy’ and ‘unsafe.’ Twitter must explain itself for this outrageous act of censorship,” Rubio wrote in a July 29 tweet.

Last modified on 01 August 2022
Rate this item
(3 votes)
Tagged under
More in this category: « Meta can't make money out of news Torvalds converts to Apple »
back to top