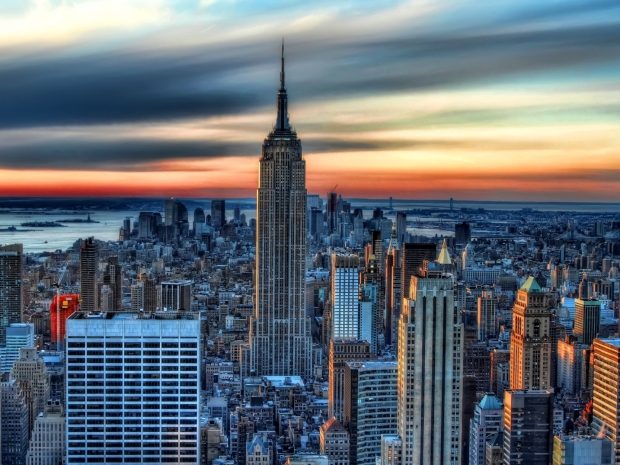 Wolfspeed’s $1 billion, 63,000 sq. meter fabrication plant, or "fab," will be the first of its kind to make 200mm silicon carbide wafers.

For those not in the know Silicon Carbide, or SiC, is an alternative to traditional silicon that is gaining popularity due to its energy efficiency when transferring power, something especially useful in electric vehicle manufacturing.

Ahead of the fab opening, Wolfspeed announced a partnership with luxury EV maker Lucid Motors. It also has agreements with General Motors and China's Yutong Group to supply silicon carbide chips for their electric vehicles.

The US share of modern semiconductor manufacturing capacity has declined to 12 per cent from 37 per cent in 1990.

According to the Semiconductor Industry Association, this is largely due to a lack of government investment compared to other nations.

In New York, there are hopes that other plants will cluster around the Wolfspeed fab. Wolfspeed received $500 million in construction subsidies from New York as the state seeks to expand its semiconductor manufacturing industry, which has generated nearly $6 billion a year in economic impact and over 34,000 jobs.

The grand opening of a modern manufacturing facility has a special resonance in central New York.

The fab stands in the Mohawk Valley, an area along the Erie Canal that was once filled with traditional industry but long ago slid into an economic decline that has defined the region in recent times.

So far the Wolfspeed facility has created 265 jobs, with a goal of over 600 new jobs by 2029, according to the company. The site sits directly across from a campus of SUNY Polytechnic Institute, New York's public polytechnic college, and Wolfspeed has given the school $250,000 to help train potential future employees.