Trump’s social notworking does not work 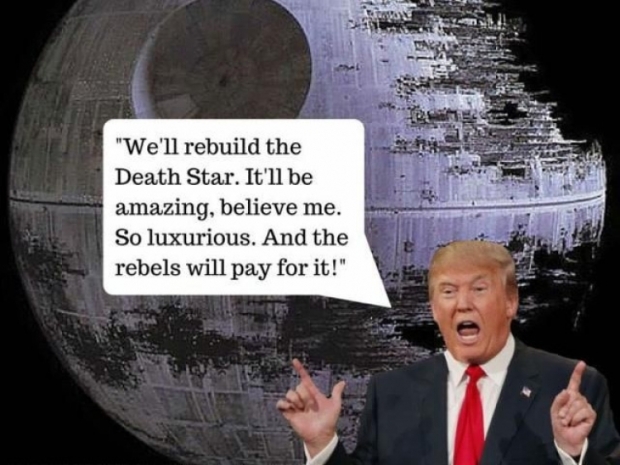 Friend of Tsar Putin, Donald Trump’s social networking site for right-wingers appears to be about as successful as his attempts to build a wall between the US and Mexico.

Trump posted that he had “created Truth Social… to stand up to the tyranny of big tech" although many wondered where he would find the time.

"We live in a world where the Taliban has a huge presence on Twitter yet your favourite American president has been silenced," he said.

Fair enough, although the Taliban are yet to use Twitter to organise a coup in the US, and are sworn enemies of Russia.

Anyway, the app launched on Presidents' Day, 21 February, but six weeks later is beset by problems. A waiting list of nearly 1.5 million are unable to use it. This is the waiting list, not those who got it running and found it tricky to navigate due to their lack of opposable thumbs.

Those who did get in found that Truth Social looks a lot like Twitter. The only thing is that it is not available on Android phones, web browsers or most people outside the US.

On 21 February, Truth Social bragged that it was one of Apple’s most downloaded apps. However, it turned out that many who downloaded it were unable to use it. To be fair we don’t know if they could not use the App or were just waiting by the microwave oven for their messages from Trump to arrive. Downloads have since fallen by as much as 95 per cent as duelling banjo season started.

Most members thought this problem would soon be resolved and Trump would start posting his "truths" in the coming days - but neither of those things happened.

Although since the latter did require Trump and truth to be used in the same sentence, many loud voices on the American right have avoided the app and the whole concept of being on a waiting list for social media is pretty silly.

"By the time I'm off the waiting list and on to Truth Social for real, Trump will be President again," one user squealed like a pig.

Truth Social chief executive Devin Nunes said the social notworking site’s goal was to be "fully operational" by the end of March. But it is starting to sound like a briefing report on the Ukraine war to Tsar Putin.

It is unclear why the app is having so many problems. Some believe it is due to server problems with Rumble, a video-sharing platform that looks a bit like YouTube and is the darling of US “conservatives.” Rumble was supposed to provide a "critical backbone" for the site's infrastructure but apparently was pretty spineless.

Trump is said to be furious, asking why more people are not using Truth Social and has refused to post any “Truth” for the last four weeks.  His last Truth Social post was mid-February.

Last modified on 04 April 2022
Rate this item
(2 votes)
Tagged under
More in this category: « Yandex might leave London and Paris Twitter founder regrets helping centralise the Internet »
back to top