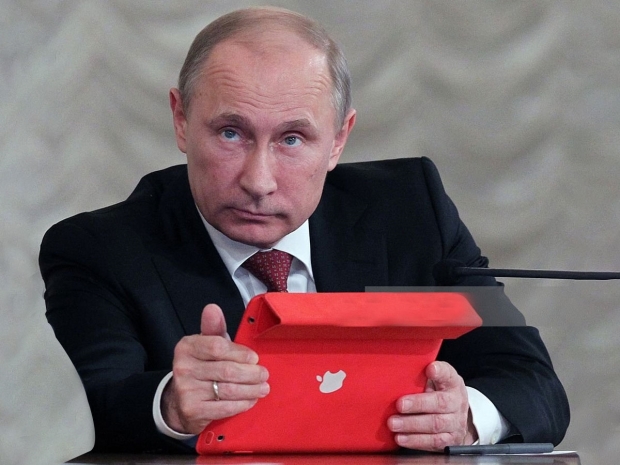 All US patents are now the property of glorious new Russia

Tsar Putin has officially authorised the use of patent theft by Russian companies if the technology comes from a country that does not bless his regime.

Putin's decree removes protections for patent holders who are registered in “hostile” countries, do business in them or hold their nationality.

This means AMD, Intel, ARM, even Apple can have their technology nicked and stuck under a “made in Russia” label.

The Washington Post reports that decree, issued this week, illustrates the economic war waged around Russia's invasion of Ukraine, as the West levies sanctions and pulls away from Russia's huge oil and gas industry.

Russian officials have raised the possibility of lifting restrictions on some trademarks, according to state media, which could allow continued use of brands such as McDonald's that are withdrawing from Russia in droves.

The effect of losing patent protections will vary by company, experts say, depending on whether they have a valuable patent in Russia.

The US government has long warned of intellectual property rights violations in the country; last year Russia was among nine nations on a "priority watch list" for alleged failures to protect intellectual property. Now Russian entities could not be sued for damages if they use certain patents without permission.

The Kremlin has not issued any decree lifting protections on trademarks. But Russia's Ministry of Economic Development said last week that authorities are considering "removing restrictions on the use of intellectual property contained in certain goods whose supply to Russia is restricted."

The ministry said the measures would "mitigate the impact on the market of supply chain breaks, as well as shortages of goods and services that have arisen due to the new sanctions of western countries," Tass stated.

Last modified on 11 March 2022
Rate this item
(4 votes)
Tagged under
More in this category: « AI software helps date and decode ancient Greek texts Azure ahead of AWS »
back to top