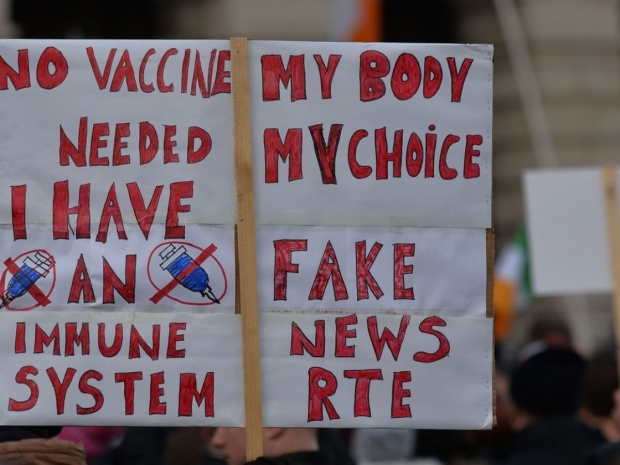 Apple has removed a hybrid social and dating app for the unvaccinated, Unjected, saying that it referenced the themes and concepts of the COVID-19 pandemic "inappropriately".

Unjected describes itself as a platform that provides users space where they can match with other users who support "medical autonomy and free speech". The founders of the dating app are also involved in a conflict with Google regarding their Android app.

To be fair, the site contained the usual false claims that vaccines produced for COVID-19 have the potential to serve as bioweapons, connect to 5G, and modify genes.

Google sent Unjected a notice on the 16th of July to remove false claims and misleading information from the site within two weeks to prevent a Play Store ban.

Upon this notice, the developers removed the social feed but Shelby Thompson, co-creator of the app, stated that Unjected would restore both the false claims and the feed, and will not comply with the request.

The app also has an account on Instagram where it supports its perspective on freedom and does not refrain from propagating misleading posts like claiming that mRNA vaccines alter DNA despite Instagram's anti-misinformation stance.

Apple made it clear through its crackdown that it won't permit apps that allow anti-vax content.  It claimed that the app encouraged its users to utilize shady tactics to avoid Apple's regulations, and that is reason enough to ban Unjected from the App Store.

But the funny thing is that it is a dating site where antivaxors can meet others who share their views of the world however strange that might be.  So the upshot is that Apple does not want these people to meet and reproduce.

Last modified on 02 August 2021
Rate this item
(12 votes)
Tagged under
More in this category: « Intel finally kills Itanium Social media made lockdowns lonelier for older people »
back to top