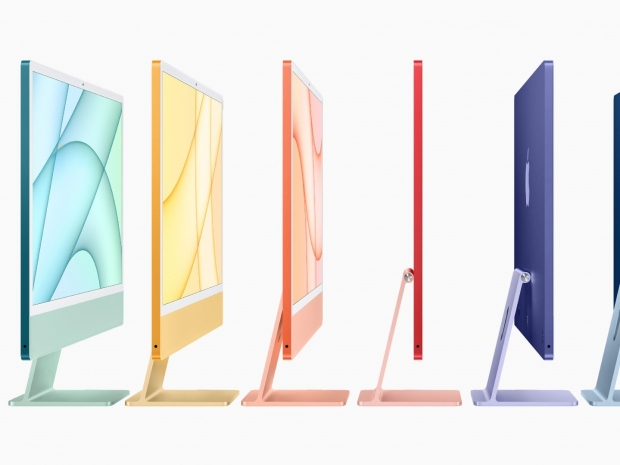 Yeah it is thin so what?

Apple has released a new design of its all-in-one iMac and while the Tame Apple Press has creamed itself on cue about things like thinness and colours it does not look like anyone really thought about what they were writing.

Firstly, what the hell does it matter how thin an all-in-one is?   It is not as if you look at the thing sideways. It might be a useful thing in something mobile but thinness is not really that important. What does matter is what you are looking at and this time the iMac has a massive lump with white bezels trimming the display.

While it is isn't the only all-in-one with a lump those normally have traditional desktop PC hardware and dedicated GPUs.

But the latest version of the 24 inch all-in-one desktop is built around the company's new proprietary M1 chips. The screen is a 4.5K Retina Display, coupled with a 1080p camera -- a first for the Mac line, and a sign the company is taking both audio and video more seriously as these products are serving as a kind of lifeline for the work from home crowd. Sound has been improved with a six-speaker setup.

But what we are looking at is a missed opportunity. Apple’s new chip should have allowed better designs. Hell, Apple could have even copied Microsoft’s version and produce something better.

Of course, Apple lovers will still buy it.  It is not as if they will go out and see that there are better three-in-ones out there.  But, really Apple has lost its design mojo and the crown has fallen to Microsoft, of all people.

Last modified on 21 April 2021
Rate this item
(5 votes)
Tagged under
More in this category: « Songwriters short changed by music streaming AMD brings FidelityFX to Xbox Series X/S »
back to top