Richard Stallman's return to the FSF is going to cost it 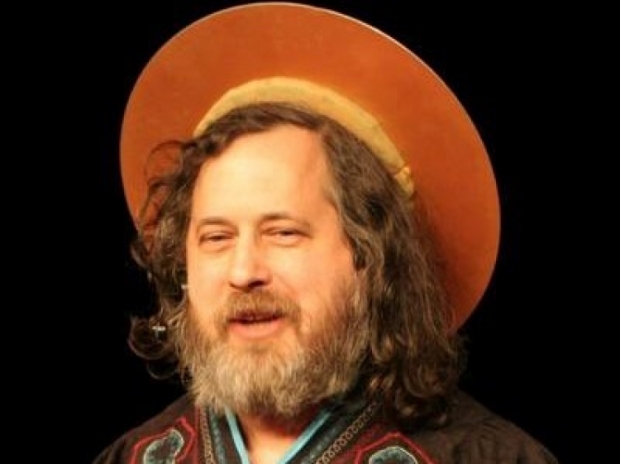 Lots of people and companies never want to see him again

It looks like that if the Free Software Foundation wants to keep Richard Stallman on board it is going to lose a lot of support.

For those who came in late, Stallman left the Foundation after he supported his chum Marvin Minsky's, who happened to be a friend with sex pest Jeffrey Epstein and was believed to be involved in his sex trafficking antics.

There are two letters circulating - one opposing Richard Stallman's return to the FSF and one supporting it.

However what is bad for the FSF is that a large number of the anti-list comprises 48 companies and organisations many of whom send the outfit lots of cash.

A long-time developer of GCC, the compiler created by the GNU Project and used in Linux distributions, has issued a call for the removal of Free Software Founder Richard Stallman from the GCC steering committee. In a post directed to the committee, Nathan Sidwell said that if it was unwilling to remove Stallman, then the panel should explain why it was not able to do so.

"RMS [Stallman] is no longer a developer of GCC, the most recent commit I can find regards SCO in 2003," Sidwell wrote in a long email.

"Prior to that there were commits in 1997, but significantly less than 1994 and earlier. GCC's implementation language is now C++, which I believe RMS neither uses nor likes.

"When was RMS' most recent positive input to the GCC project? Even if it was recent and significant, that doesn't mean his toxic behaviour should be accepted."

The move has miffed Mozilla which wrote: "We can't demand better of the internet if we don't demand better of our leaders, colleagues and ourselves. We're with the Open Source Diversity Community, Outreachy & the Software Conservancy project in supporting this petition."

The Tor Project was also not impressed and is joining calls for Richard M. Stallman to be removed from board, staff, volunteer, and other leadership positions in the FOSS community, including the Free Software Foundation and the GNU Project.

Rusty Graydon Hoare was a little more blunt: “He's been saying sexist shit & driving women away for decades. He can't change, the FSF board knows it, is sending a 'sexism doesn't matter' message. This is bad leadership and I'm sad about all of it, agree with calls to resign."

The EFF said that it was profoundly disappointing to hear of Richard Stallman's re-election to a leadership position at the Free Software Foundation, after a series of severe misconduct accusations led to his resignation as president and board member of the FSF in 2019.

“We are disappointed that this was done despite no discernible steps taken by him to be accountable for, much less make amends for, his past actions or those who they have harmed. Finally, we are also disturbed by the secretive process of his re-election, and how it was belatedly conveyed to FSF's staff and supporters.”

It urged the voting members of the FSF1 to call a special meeting to reconsider this decision, and we also call on Stallman to step down: for the benefit of the organisation, the values it represents, and the diversity and long-term viability of the free software movement as a whole.