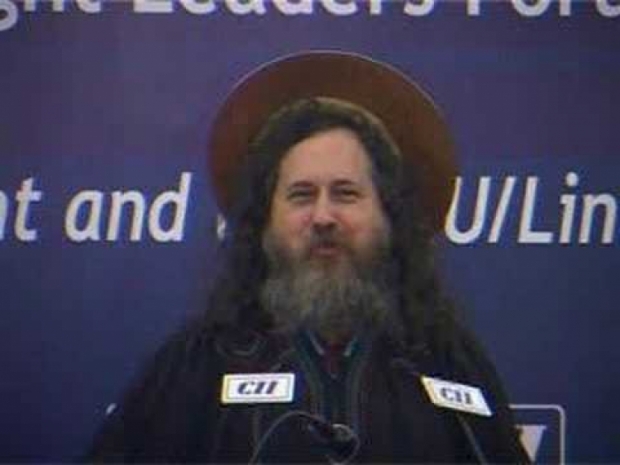 Richard Stallman has offered a sort of apology for his badly received defence of Professor Minsky on an MIT mailing list and the Free Software Foundation (FSF) believes that should end the matter.

For those who came in late, a victim of billionaire Jeffrey Epstein testified that she was forced to have sex with MIT professor Marvin Minsky, who was Stallman's chum.  Stallman quit the FSF after he made comments in support of Minsky.

Now, Stallman has said sorry for the comments, which he claims were due to the fact that he didn't "understand the subtle cues that other people were responding to".

"Later in life, I discovered that some people had adverse reactions to my behaviour, which I did not even know about. Tending to be direct and honest with my thoughts, I sometimes made others uncomfortable or even offended them -- especially women. This was not a choice: I didn't understand the problem enough to know which choices there were."

"Sometimes I lost my temper because I didn't have the social skills to avoid it. Some people could cope with this; others were hurt. I apologise to each of them. Please direct your criticism at me, not at the Free Software Foundation. Occasionally, I learned something about relationships and social skills, so I've found ways to get better at these situations over the years. When people help me understand an aspect of what went wrong, and that shows me a way of treating people better, I teach myself to recognise when I should act that way. I keep making this effort, and over time, I improve. Some have described me as being 'tone-deaf,' and that is fair. With my difficulty in understanding social cues, that tends to happen."

Stallman adds later that "I condemn racism and sexism, including their systemic forms, so when people say I don't, that hurts too...") "I've learned something from this about how to be kind to people who have been hurt". In the future, that will help me be kind to people in other situations, which is what I hope to do."

However, Stallman did not deal with the other issues which caused people to regret his return to a position of leadership.

However the FSF thought that the post was enough and soon afterwards, the board spoke on why they'd brought him back. The unsigned document states:

"We decided to bring RMS back because we missed his wisdom. His historical, legal and technical acumen on free software is unrivalled. He has a deep sensitivity to the ways that technologies can contribute to both the enhancement and the diminution of basic human rights. His global network of connections is invaluable. He remains the most articulate philosopher and an unquestionably dedicated advocate of freedom in computing."

Last modified on 14 April 2021
Rate this item
(4 votes)
Tagged under
More in this category: « Mobileeye to launch driverless delivery service starting in 2023 Taiwan will help US blacklist Chinese tech »
back to top