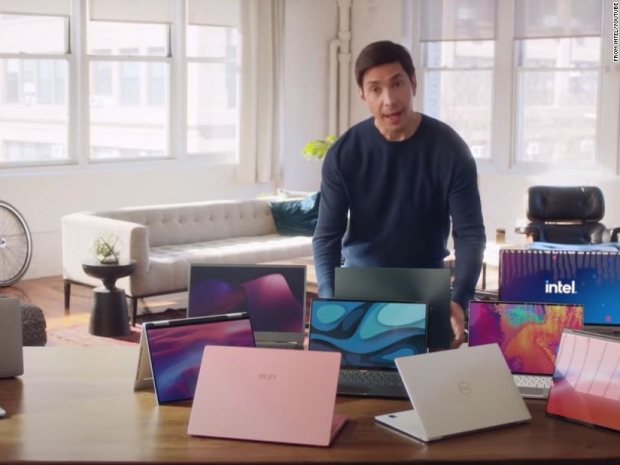 Long starts each commercial with “Hello I’m a... Justin”, with the typical white background you’d find on Apple’s Mac vs. PC ads from the 2000s.

The ads focus on Mac vs. PC but this time Long mocks Apple’s piss-poor Touch Bar, lack of M1 multiple monitor support, and the “gray and grayer” colour choices for a MacBook.

Long wades into Apple’s lack of touchscreens in Macs or 2-in-1 support by mocking the fact you have to buy a tablet, keyboard, stylus, and even a dongle to match what’s available on rival Intel-based laptops. He also points out that “no one really games on a Mac”.

Apple recently brought back actor John Hodgman to reprise his role as the PC guy from Apple’s “I’m a Mac, and I’m a PC” ad campaign but forgot about its own spokesman.

The slighted Tame Apple Press claims that the adverts are just because Apple will replace Intel as the key chip maker in the world soon.

More in this category: « Qualcomm buys silicon design firm Nuvia French surrender to Apple over privacy enhancements »
back to top