Philippines most obsessed with social media 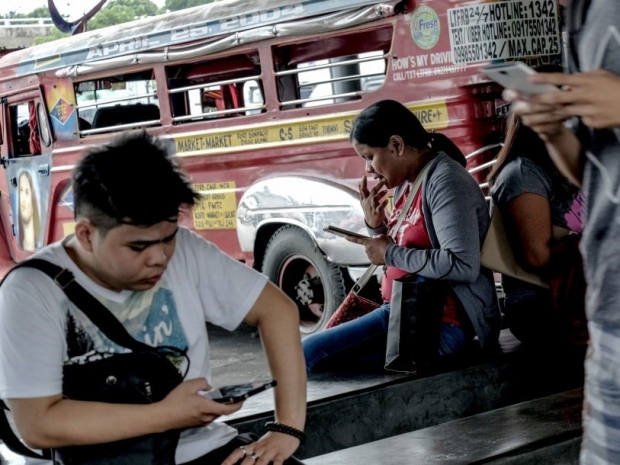 The Philippines is the country most obessed with social media, followed by Columbia, according to a study from OnBuy.com.

The outfit wanted to explore how long countries from all around the world spend on social media over a lifetime and looked at numbers from 45 countries to expose the top and bottom 10 countries.

The country most obsessed with social media is the Philippines. On average, people spend  4,252 days on platforms such as Twitter during their lifetime, which is the equivalent of 102,054 hours. People from the Philippines may live until 72 on average, but they rank in the bottom 10 countries for average life expectancy.

In second place is Colombia, whose folk have an average life span of 74 years, meaning they spend 4,220 days during their lifetime on social networks, equating to 101,288 hours scrolling through all their favourite social media sites.

Japan ranked as the country least obsessed with social media with people spending 970 days (23,269 hours) despite an expected life span of 85 years (second highest across 45 countries analysed – just behind Hong Kong). Not far behind them is Austria, whose people have a life expectancy rate of 82, and rank second from the bottom with people spending 1,289 days and 30,928 hours of their life staring at social media platforms.

The United Kingdom are the ninth lowest country for social media usage spending 2,120 days and 50,881 hours on social media despite also having an expected life span of 82. Germany places as the fifth lowest (1,642 days and 39,408 hours).

OnBuy surveyed 2,153 people per country ranking in the top 10 and bottom 10 to delve deeper into media habits. The survey exposed that 82 percent said they use social media too much, whilst 79 percent said they spend seven hours or more a week on social media based on screen time calculations provided exclusively to OnBuy.

Perhaps that’s not surprising as 66 percent use social media to keep in touch with family and friends, especially since much of 2020 has been limited with face to face interaction. Meanwhile 61 percent use it to read the news and 54 percent had nothing better to do and use it just to fill spare time.

A third thought that that if they don’t use social media daily, they will be missing out on the latest gossip, while a quarter said they have turned down a night out to spend further time on social media instead. 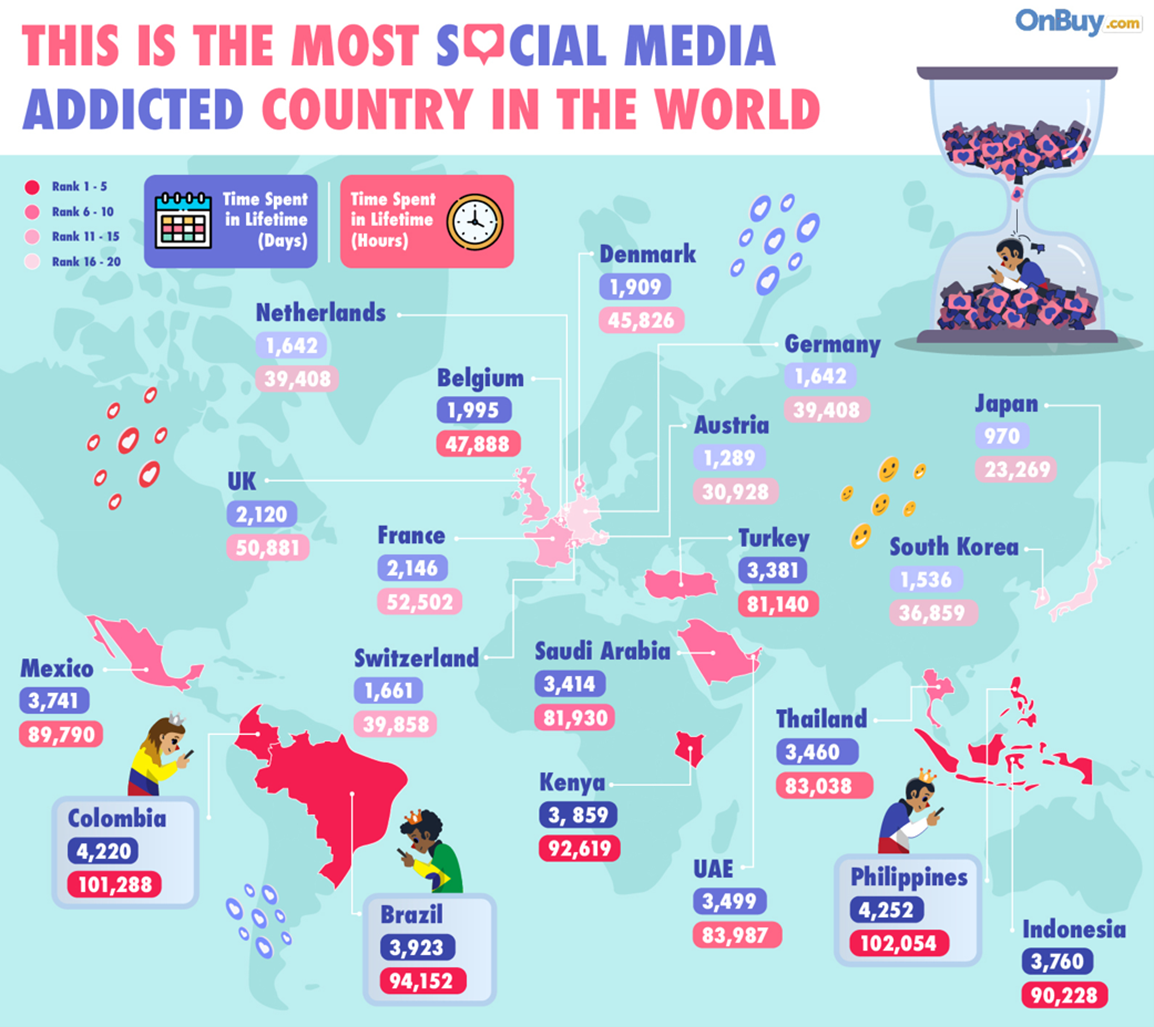