Internet causes Austrian village to give up on Fucking 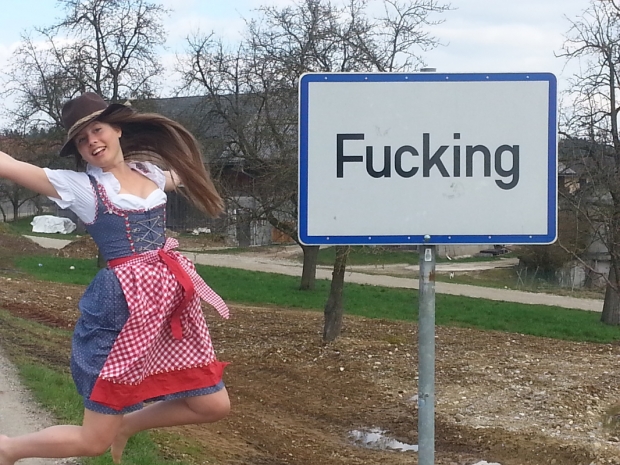 The English have spoilt it all

Residents of an Austrian village will ring in the new year under a new name -- Fugging -- after ridicule of their signposts, especially on social media, became too much to bear.

For those who don’t know, the town of Fugging has been known since the 11th century by the quaint name of Fucking. No one ever thought there was anything wrong with the name. There were religious wars, world wars, economic depression, but Fucking kept on going.

Since the arrival of the internet, the village of 100 people has seen increasing numbers of English speaking tourists who want to be photographed by the signpost at the entrance to the village. Sometimes their poses have been offending the village of Fucking which is not used to seeing that sort of thing.

Some have reportedly even stolen the signposts, leading the local authorities to use theft-resistant concrete when putting up replacements.

Andrea Holzner, the mayor of Tarsdorf, the municipality to which the village belongs said that the village has had enough of Fucking.

"I can confirm that the village is being renamed, Fugging", he said.

Last modified on 27 November 2020
Rate this item
(1 Vote)
Tagged under
More in this category: « Amazon workers revolt hCaptcha takes 15 percent of the Internet »
back to top