Apple rumoured to have asked Foxconn to leave China 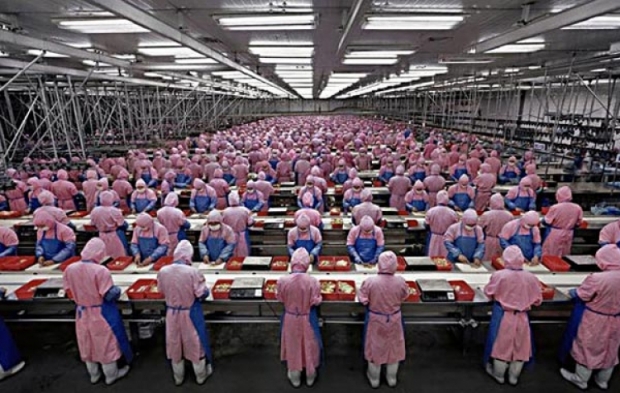 Wants its own personal Vietnam instead

Foxconn is rumoured to be moving some iPad and MacBook assembly to Vietnam from China at the request of Apple.

Apparently, Apple is worried about the impact of a Sino-US trade war, although it is a little early to say how this will develop. The trade war was the brain child of the outgoing administration of US President Donald Trump.

It might simply be that Apple realised that having all its eggs in one basket, or country, was a little risky.

Taiwanese manufacturers, wary of being caught up in the tit-for-tat trade war, have moved or are considering moving some production from China to countries such as Vietnam, Mexico and India.

The dark satanic rumour mill claims that Foxconn is building assembly lines for Apple’s iPad tablet and MacBook laptop at its plant in Vietnam’s northeastern Bac Giang province, to come online in the first half of 2021.

The lines will also take some production from China, although neither Foxconn, nor Apple have commented.

Taiwan’s Foxconn, formally Hon Hai Precision Industry Co Ltd, on Tuesday announced a $270 million investment to set up a new subsidiary with the unfortunate name FuKang Technology which was aimed at supporting the Vietnam expansion.

The contract manufacturer also plans to make television sets at the Vietnam plant for clients including Japan’s Sony with the start of such production slated for late 2020 to early 2021.

The factory will also make other electronic products such as computer keyboards.

Shifting iPad production to Vietnam will mark the first time Foxconn has assembled the device outside of China.

This is not the first time Foxconn has gone where Apple asked. The firm already plans to spend up to $1 billion expanding an iPhone assembly plant in India as “strongly requested” by Jobs’ Mob.

Last modified on 26 November 2020
Rate this item
(4 votes)
Tagged under
More in this category: « Bitcoin hammered in Asia and EU IBM confirms loss of 10,000 jobs in EU »
back to top