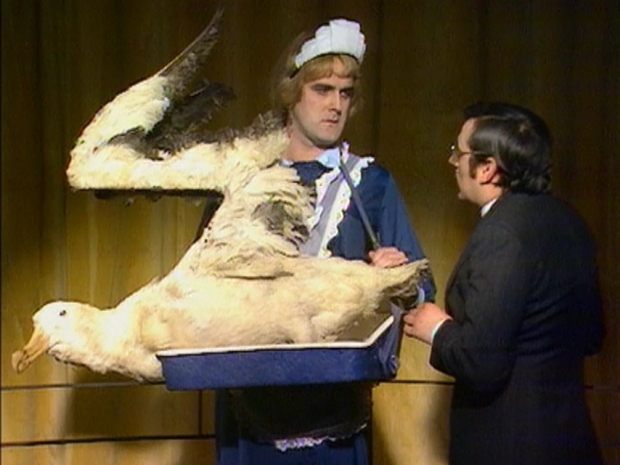 Haven't got fishery monitoring devices just got this Albatross

Albatrosses armed with electronic gear could be a way of tracking illegal fishing, according to a study conducted by the University of Liverpool.

Study author Samantha Patrick, a marine biologist at the University of Liverpool, said fishing gear attached to these boats were a smorgasbord of snacks to the birds -- and albatrosses can spot the ships from almost 20 miles away.

The researchers taped or glued transceivers, each weighing just two ounces, to the birds' backs – they did not get wafers with it. Over the course of six months, the team's army of albatrosses surveyed over 20 million square miles of sea. Whenever the birds came within three or so miles of a boat, their trackers logged its coordinates, then beamed them via satellite to an online database that officials could access and cross check with automatic identification system (AIS) data.

Of the 353 fishing vessels detected, a whopping 28 percent had their AIS switched off. The number of covert ships was especially high in international waters, where about 37 percent of vessels operated AIS-free.

Because the birds and their transceivers detected only radar, no identifying information was logged. The task of verifying a boat's legal status still falls to officials, who must then decide whether to take action.

But in mapping potential hotspots of illegal fishing, the birds set off a chain reaction that could help bring perpetrators to justice.  Dodgy fishermen cannot actually shoot the birds or they will suffer really bad luck and end up the subject of a poem.

Last modified on 28 January 2020
Rate this item
(0 votes)
Tagged under
More in this category: « Dead Windows 7 gets another security patch Terahertz electromagnetic waves detected »
back to top