How the PC outlived Steve Jobs 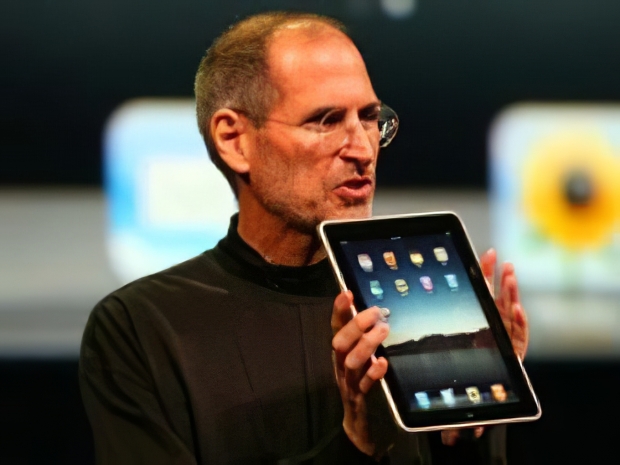 Even in Apple land

The Tame Apple Press, in its bid to push its favourite company, made a staggering claim – thanks to Steve Jobs and his iPad the PC was officially dead.

Apparently this happened on January 27, 2010, at 10:00 A.M. Pacific Time, when Steve Jobs stepped onto a San Francisco stage to unveil the iPad. Nicholas Carr in The New Republic with this memorable headline: "The PC Officially Died Today."

A few months later, the rest of the Tame Apple Press followed suit with CNN Money added their own obituary, complete with charts and graphs: "The end of the desktop PC (seriously)."

Even after Steve Jobs died, and the tablet vision proved an example of his over-enthusiastic marketing, TAPs continued Forbes claimed that "The death of the PC has not been exaggerated” a headline based on a fake Mark Twain quote which has since been parroted by others in TAPS.
However, while PC sales did fall, the technology is still with us and ten years after Jobs’s pronouncement. He is dead and the PC isn’t.

Sure, the netbook is no longer with us and having taken one of those to do work on during a holiday I can say good riddance. But standard notebooks are still here, and they are much better than they were – with SSDs, longer life batteries and wireless connections. The market for consumer PCs has gone, outside the gaming world, but business PCs are taking a larger share of revenue. Even Apple is making a tidy sum from PC tech?

So how did Steve Jobs cock that up? Most of his successes were based on convincing people that his tweak in design or accessibly was somehow cool. Sometimes it worked, such as in the case of his repackaging of Microsoft’s smartphone, other times it didn’t. His reputation, and that of his company, depended on belief and a tech press which had sold its soul.

Logic should have told any member of the Tame Apple Press that they could not type a story on a tablet, or a mobile phone. Had any of them tried it, they would have seen the flaw in the story they were peddling.

After ten years of the death of the PC stories, it is about time they went the way of the “year of the Linux desktop” and TAPs should just admit that Jobs got it wrong.

Rate this item
(3 votes)
Tagged under
More in this category: « UK government hands over UK NHS data to Amazon Kryptonian technology could be way forward for storage »
back to top