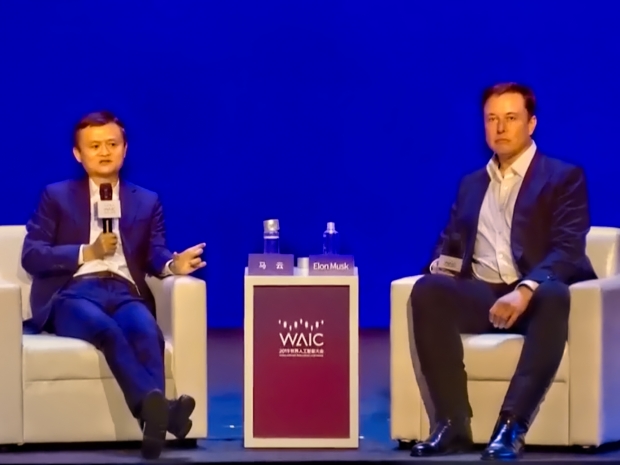 AI will not harm you

Alibaba’s Jack Ma faced off against Elon Musk on a debate on AI with Ma saying that artificial intelligence was no threat to humanity, and Musk calling it "famous last words".

The debate between the billionaire tech tycoons took place in Shanghai and mostly was them both pulling faces at each other. Their arguments covered Mars, death, and jobs.

"Computers may be clever, but human beings are much smarter. We invented the computer -- I've never seen a computer invent a human being."

While insisting that he is "not a tech guy", the e-commerce mogul added: "I think AI can help us understand humans better. I don't think it's a threat."

Musk countered: "I don't know man, that's like, famous last words." He said the "rate of advancement of computers in general is insane", sketching out a vision in which super-fast, artificially intelligent devices eventually tire of dealing with dumb, slow humans.

"The computer will just get impatient if nothing else. It will be like talking to a tree", Musk said.

Mankind's hope lies in "going along for the ride" by harnessing some of that computing power, Musk said, as he offered an unabashed plug for his Neuralink Corporation.

Neuralink aims to develop implantable brain-machine interface devices, which conjures images of "The Matrix", whose characters download software to their brains that instantly turns them into martial arts masters.

"Right now, we are already a cyborg because we are so well-integrated with our phones and our computers. The phone is like an extension of yourself. If you forget your phone, it's like a missing limb."

But humanity will also have more leisure time in the future as AI takes on much of the burden of transporting, feeding, and thinking for earthlings, said Ma.

"People could work as little as three days a week, four hours a day with the help of technology advances", he said.