Dawson says lack of diversity in tech is down to education 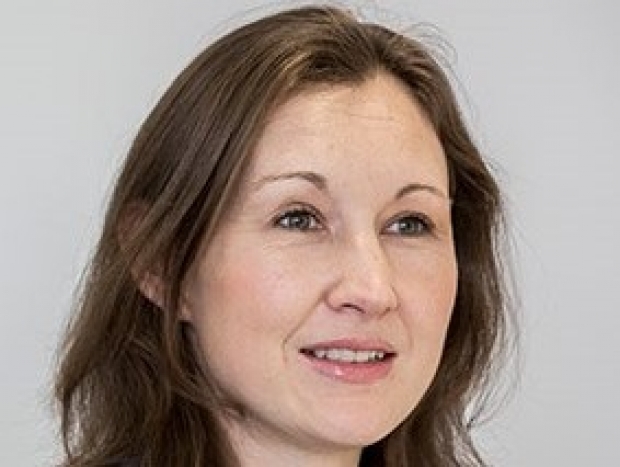 Carolyn Dawson, Managing Director of the UK’s technology event, London Tech Week, is calling for more young girls to get into tech.

Dawson said that a lack of diversity within the tech industry can be traced all the way back to children’s education.

“My perspective has changed. A couple of years ago, I thought I could make a difference by trying to get the industry to pay attention, but I’ve really taken that down a notch actually. I now think it really does all start back at the school.

“There’s still this perception, even from parents, that science, computing and STEM topics aren’t really for girls. So from such an early age it’s almost discouraged. “Equally, when I look at some of the teachers educating our children, they’re not up to speed with digital and the impact of digital skills. We need to move the needle somehow or this problem just won’t stop.”

Dawson is now Managing Director for the Technology, Media & Telecoms (TMT) division within KNect 365, and has been chief organiser of London Tech Week for the past three years.

According to a 2018 report, only 14.6 percent of  senior UK tech leaders are women and 70.5 percent senior executive teams have no BAME members at all. This year’s Tech Week seeks to address this imbalance, with a suite of initiatives to make it easier for people of all backgrounds to access careers in tech.

She said that the fourth Industrial Revolution is well underway transforming business, society and the way we live. The UK continues to innovate as a worldwide cutting-edge tech hub and, as one of the world’s most open and welcoming markets, can lead the global conversation in designing and scaling tech business.

The Mayor of London, Sadiq Khan, said: “It’s important that the tech sector reflects the diversity of the capital and so it’s really encouraging to see this emerge as a major theme of this year’s London Tech Week – it’s right that we lead by example in a city as progressive as London.

“London is Europe’s leading tech hub and our tech sector is a vital source of jobs and growth for the economy. From Fintech to Artificial Intelligence, London companies are leading the way in developing ideas and technologies to change the world.”

This year’s headline partners are Microsoft and IBM who are also backing the call for more diversity in the sector.

UK CEO of Microsoft, Cindy Rose, said:“At Microsoft, diversity and inclusion are an inherent part of our mission to empower every person and organisation on the planet to achieve more.

“As the world around us digitally transforms at pace, we believe everyone should have the opportunity to fully participate and prosper in the future workforce. Whether that is through investments in skills for the future, building diverse and inclusive workforces and workplaces or developing products and services accessible to everyone, our industry has a responsibility to lead the way.

“This is why Microsoft proudly supports London Tech Week and its focus on bringing together UK tech firms, large and small, to tackle these critical topics.”

Bill Kelleher, Chief Executive, IBM UK and Ireland said: "London continues to experience explosive growth as a major hub. We applaud Tech Week for highlighting the importance of diversity and inclusion in accelerating growth and innovation.

“The potential of technologies to transform markets have created a powerful opportunity for the tech ecosystem to empower people to do good.”

A range of partner organisations will be at the Inclusive Innovation lounge – a space to unite the diversity and inclusivity initiatives under one roof. This physical hub will enable the many movements, advocacy groups and associations to come together at London Tech Week. Partners include WISE, ColorInTech, Queer in AI and CodeYourFuture, amongst many others.

The initiative also includes a Schools Competition, encouraging year 9 and 10 students to submit their ideas on how they would use technology to improve the lives of Londoners. By investing in the minds of tomorrow, this event paves the way for the next generation of tech leaders and is open to children of all backgrounds.

This year’s festival of events is being supported by the Mayor of London’s office and HM Government, under its Industrial Strategy. The Government is supporting the event through a number of initiatives and numerous speaking and public engagements.

The capital continues to be a hub for innovation, with more than three times as many AI startups in London as any other city in Europe. We were home to 745 AI companies in 2018. AI was the UK’s fastest growing sector in 2018, achieving a 47% year on year increase in investment as it attracted £736m.

Brexit will undoubtedly be on the minds of this year’s speakers and attendees, as the industry sizes up the impact of our exit from the European Union. However, the capital remains a leading tech player, with London tech firms having attracted more than £4bn in VC funding since 2016, almost double its nearest European rivals – Paris, Berlin and Stockholm – combined.

Last modified on 24 April 2019
Rate this item
(0 votes)
Tagged under
More in this category: « US spooks claim Huawei is funded by Chinese intelligence The West is Huawei with the fairies »
back to top