Apple has slipped behind in new designs says Woz 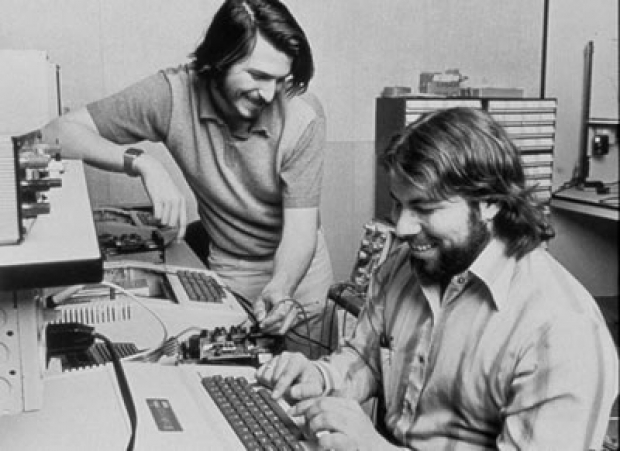 Apple co-founder Steve Wozniak has complained that Jobs' Mob is falling behind in innovation.

Wozniak founded Apple with Steve Jobs in 1976 and left the company in 1985. Speaking to Bloomberg, he said Apple has fallen behind in innovative designs such as folding phones.

"Apple has been a leader for quite a long time in a few areas such as Touch ID, facial ID, and easy payment with the phone. They were the leader, and everyone else had to follow, but they're not the leader in areas like the folding phone, and that worries me because I really want a folding phone", Wozniak said when asked whether Apple is falling behind on innovation.

He also said that Apple’s TV needs expansion and he is using the rival Roku.

Apple filed a patent application in mid-February which showed a folding phone design, but it's unlikely there will be a folding iPhone in the next year.  Instead of actually providing customers with something new, Apple decided it would be much better for profits to issue more or less the same phone but charge a third more for it. Those who were dumb enough to buy the phone would cover the profits for those who decided to find something which did the same thing for less.

The Tame Apple Press has been doing its best to point out that the new folding phones are pricey. Samsung’s costs $1,980 while Apple's most expensive iPhone is the XS Max at $1099. However it cannot fold in half and has the same functions as a a $700 phone so it is hard to see how it can make that comparison.

Last modified on 01 March 2019
Rate this item
(0 votes)
Tagged under
More in this category: « Whisky firm warns of email malt down Samsung installs McAfee bloatware in TVs »
back to top