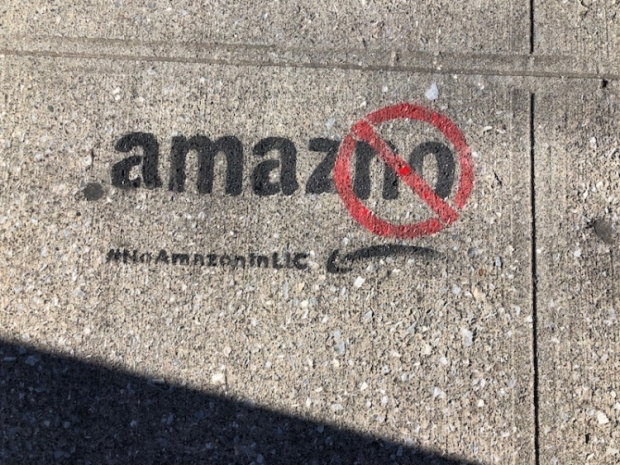 Paying tax is socialism in the US

While millions of middle and lower class Americans have just discovered that they are paying more tax under new Republican tax cuts, they will be no doubt overjoyed that Amazon's tax bill was nothing this year.

Amazon nearly doubled its profits to $11.2 billion in 2018 from $5.6 billion the previous year and, once again, didn’t pay a single cent of federal income taxes.

According to the Institute of Tax and Economic Policy, the company’s newest corporate filing reveals that, far from paying the statutory 21 percent income tax rate on its US income in 2018, Amazon reported a federal income tax rebate of $129 million which works out as a tax rate of negative per cent. The income tax disclosure shows that this achievement is partly due to various unspecified “tax credits” as well as a tax break for executive stock options.

This isn’t the first year that the cyber-retailing giant has avoided federal taxes. Last year, the company paid no federal corporate income taxes on $5.6 billion in US income.

ITEP has examined the tax-paying habits of corporations for nearly 40 years and has long advocated for closing loopholes and special breaks that allow many profitable corporations to pay zero or single-digit effective tax rates. When Congress in 2017 enacted the Tax Cuts and Jobs Act and substantially cut the statutory corporate tax rate from 35 percent to 21 percent, proponents claimed the rate cut would incentivise better corporate citizenship. However, the tax law failed to broaden the tax base or close a slew of tax loopholes that allow profitable companies to routinely avoid paying federal and state income taxes on almost half of their profits.

The Trump Administration and its congressional allies boosted new tax giveaways such as immediate expensing of capital investments.

Netflix made a similar announcement last week, so it might be that we see another wave of Fortune 500 corporate tax avoidance. Most big multinationals will have released their financial reports for 2018 which was the first full year of the new Trump corporate tax law. The initial findings are that the last year’s tax law was a gigantic missed opportunity for true corporate tax reform and was just redistribution of wealth from the poor and middle classes to the wealthy and big corporations, the Institute said.

Last modified on 18 February 2019
Rate this item
(0 votes)
Tagged under
More in this category: « Samsung to stop making Blu-ray in the US India gives up on Silicon Valley »
back to top