Stupid people suffer from an 'illusion of knowledge’ 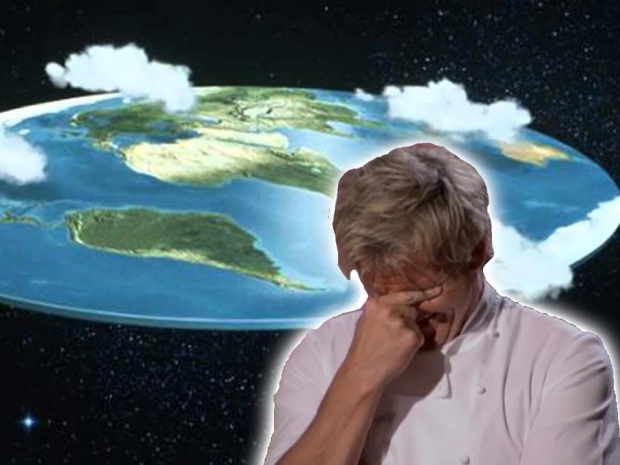 Those who know the least hold the most extreme views

A team of boffins has been researching why idiots on the internet hold the most extreme views.

People often suffer from an 'illusion of knowledge', write the authors of a new study that finds that people who hold the most extreme views about genetically modified foods know the least

Recently, researchers asked more than 2,000 American and European adults their thoughts about genetically modified foods. Then they asked how much they thought they understood about GM foods, and a series of 15 true-false questions to test how much they actually knew about genetics and science in general.

What they found was that humans are lousy judges of how much they know.

Across four studies conducted in the US, France, and Germany the researchers found that extreme opponents of genetically modified foods “display a lack of insight into how much they know”. They know the least, but think they know the most.

They found that more ignorant people are more opposed to the science.

Writing in the journal Nature Human Behaviour - which we get in the hope they will come up with a unified theory on Apple and Nvidia fanboys, the boffins said that those with an inflated sense of what they know and desperately need education are the ones least likely to be open to new information.

“This suggests that a pre-requisite to changing people’s views through education may be getting them to first appreciate the gaps in their knowledge", the authors write.

The problem is similar to the Dunning-Kruger effect: The less competent a person is at something, the smarter they think they are.

“Not only do these people reach erroneous conclusions and make unfortunate choices”, David Dunning and Justin Kruger wrote in their 1999 paper describing the phenomenon, “but their incompetence robs them of the metacognitive ability to realize it.”

Extreme views often come along with not appreciating the complexity of the subject — “not realizing how much there is to know”, said Philip Fernbach, lead author of the new study and a professor of marketing at the University of Colorado Boulder. “People who don’t know  much think they know a lot, and that is the basis for their extreme views.”

His team’s findings held across education levels, and for people on both sides of the political aisle.

Genetically modified foods are a nonpartisan issue, Fernbach said. “People on the right and the left both kinds of hate GMOs” even though many scientists consider them to be as safe for human consumption as conventionally grown ones.

“Genetic engineering is one of the most important technologies that is really changing the world in a dramatic way and has the potential to have tremendous benefits for human beings,” Fernbach said. “And yet there is very strong opposition.”

In one of their studies, 91 percent of 1,000 American adults surveyed reported some level of opposition to GM foods.

The more extreme the opposition, Fernbach and his co-authors found the fewer people knew about the science and genetics, but the more their “self-assessed” knowledge — how much they thought they knew — increased.

“If somebody is well calibrated, those two things should be pretty highly correlated: If I know how much I know, then if I know a little I should say I know a little, and if I know a lot I should say I know a lot”, Fernbach explained. “Therefore there should be a high correlation between self-assessed and objective knowledge. And indeed, that’s actually true for the people who are moderate or people who have the attitude that is consistent with the scientific consensus.”

However, as people become more extreme, that relationship degrades and flips so that people who think they know more actually know less.

“Extremists have this characteristic of being much worse than the other people at evaluating how much they know”, Fernbach said.

Fernbach hypothesizes that climate change has become so politically polarized that people subscribe to whatever their ideological group says, regardless of how much they think they know.

Humans often suffer from an “illusion of knowledge”, the authors write, “thinking they understand everything from common household objects to complex social policies better than they do.

“So, the obvious thing we should try to do is educate people”, Fernbach said. “But that generally hasn’t been very effective, and sometimes it backfires, and people double down on their “counter-scientific consensus attitudes,” Fernbach said. “Especially when people feel threatened or if they are being treated as if they are stupid.”

Last modified on 16 January 2019
Rate this item
(0 votes)
Tagged under
More in this category: « ADATA hits 5,584MHz with XPG Spectrix D80 memory US Carriers may ignore privacy worries »
back to top