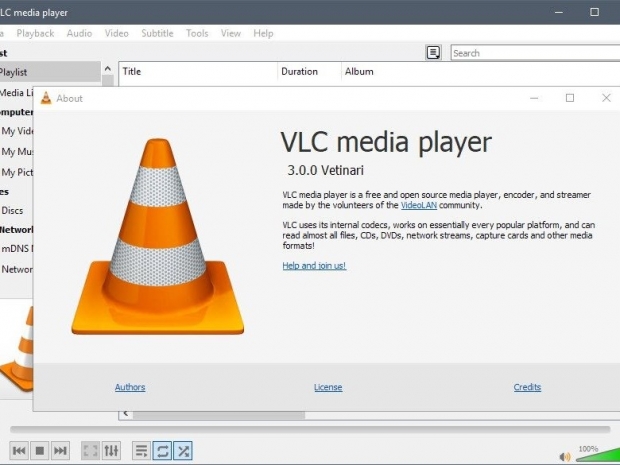 VLC has been downloaded more than three billion times across various platforms.

It crossed its billion downloads milestone in May 2012, and today it rolled out a minor update -- v3.0.6 -- that adds support for HDR videos in AV1, an emerging video format.

In the coming months, VLC has bigger things planned. First up is a major update to VLC's Android app in about a month, which will introduce support for AirPlay. This will let Android users beam video files from their Android phones to the Apple TV. [Jean-Baptiste Kempf, the president and lead developer of VLC's parent company VideoLan] then plans to update the VR app, which will enable native support for VR videos. He said his team reverse-engineered popular VR headsets so that developers no longer need to rely on the SDKs offered by vendors. The app will also receive support for 3D interactions and stereo sound, and add a virtual theatre feature.

After that, a major update will be pushed to VLC across all popular platforms. The update, dubbed version 4.0, will offer playback improvements in scaling and video quality of HDR video files. But that's not all. Kempf says he plans to bring VLC to more platforms. He said he is thinking about bringing the media player to Sony's PlayStation 4, Nintendo Switch, and Roku devices.

VLC is made by a non-profit outfit called VideoLan and runs entirely on donations so it is a wonder it is still with us.

Last modified on 11 January 2019
Rate this item
(0 votes)
Tagged under
More in this category: « Razer Raptor gaming monitor was the star of CES 2019 show Linux system faces a couple of memory corruption bugs »
back to top