Microsoft cements its dominance over Apple 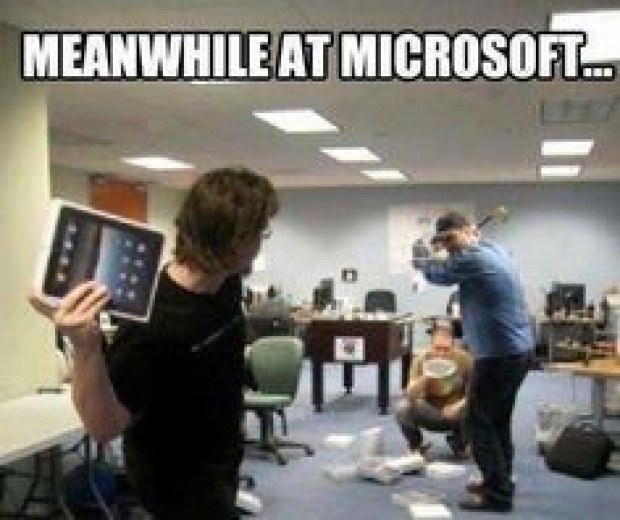 Microsoft stock market value surpassed Apple pulling ahead by as much as $3 billion as the Windows software maker benefited from optimism about demand for cloud computing services.

Shares of Microsoft jumped three percent, pushing its market capitalization up to $848 billion. With the broad market rebounding from a recent slump, Apple also rose, but less than Microsoft. Its 2.17 percent increase put Apple’s market capitalisation at $845 billion.

Just four months ago Apple was worth a trillion dollars, but then it released its current batch of smartphones which offered little in the way of new technology and were prohibitively expensive. Share value dropped further as Apple reduced its supplies as it realised that people were not going to buy.

Microsoft and Apple briefly traded at about the same level after the bell on Monday, but Microsoft’s intraday lead over Apple on Wednesday was more substantial.

Both companies’ market capitalisations were calculated using outstanding shares reported in their most recent 10-Q filings.

Apple’s market capitalisation overtook Microsoft’s in 2010 as the Windows seller struggled with slow demand for personal computers, due in part to the explosion of smartphones driven by Apple’s iPhone.

However while Apple milked its cash cow and tried to keep its margins bigger with price hikes and forcing its suppliers to reduce their costs, Microsoft innovated and saw value in this cloud computing lark and is second only to Amazon.

More doom is expected for Apple as Donald Trump’s trade war is expected to bite hardware companies who make their products in China. The iPhone could see its prices increase further.

Last modified on 29 November 2018
Rate this item
(0 votes)
Tagged under
More in this category: « Amazon’s Oracle purge will be finished by next year Bloomberg researching if its Super Micro story was wrong »
back to top