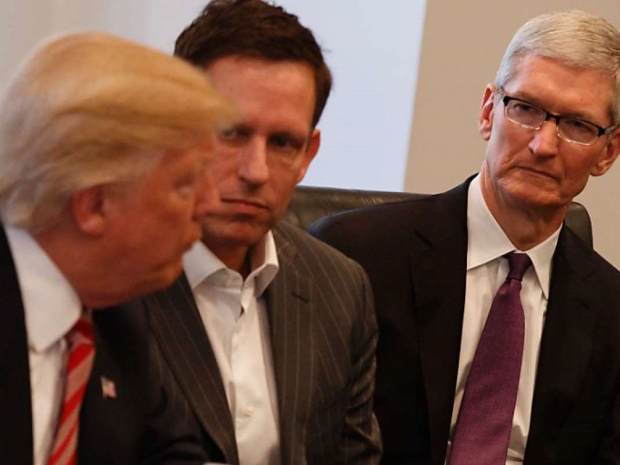 Even Apple will pay tax

President Donald (Prince of Orange) Trump suggested he could place a 10 percent tariff on smartphones and laptops imported from China, he said in an interview with the Wall Street Journal.

He also said it's "highly unlikely" that he would delay an increase in tariffs from 10 percent to 25 percent on Jan. 1, just four days before a summit with Chinese President Xi Jinping.

"Maybe. Maybe. Depends on what the rate is", the president said about  possible iPhone and laptop tariffs. "I mean, I can make it 10 percent and people could stand that very easily."

While the taxes apply to all IT goods, the Tame Apple Press has focused entirely on Apple in the mistaken belief that only their favourite phone maker is the only one affected.

“Apple's products are currently exempt from the tariffs. It previously announced that the tariffs would affect the Apple Watch, AirPods and other products, but were spared when the tariffs were announced. Although iPhones are assembled in China, several parts come from the US”, moaned CNBC.

Apple stock was down two percent in after-hours trading, snuffled another disappointed hack who will have to pay even more for his over priced mid-range smart phone.

Trump said he expects he will increase tariffs on $200 billion of Chinese goods to 25 percent. He will add $267 billion worth of tariffs onto goods that are not already subjected to existing tariffs if the two countries don't make a deal.

Last modified on 27 November 2018
Rate this item
(0 votes)
Tagged under
More in this category: « Jack Ma outed as a communist IBM wades into web-based big tech »
back to top