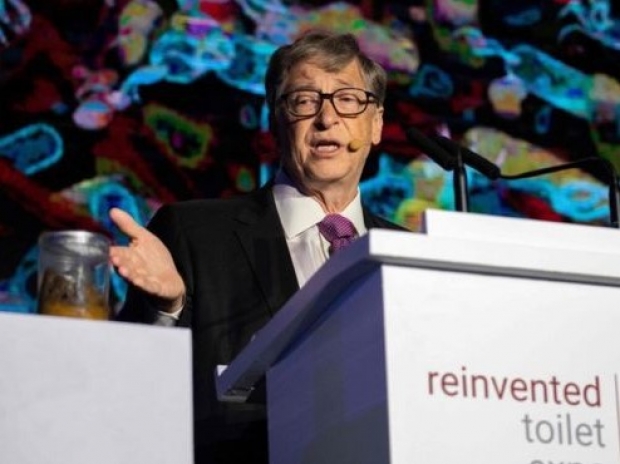 Saving the world by waving poo

Bill Gates appeared on stage with a jar of human waste, said he spent $200 million over seven years funding sanitation research and showcased some 20 novel toilets in a speech which was certainly different from his normal presentations .

The big idea is to eliminate harmful pathogens and convert bodily waste into clean water and fertiliser. Gates told the Reinvented Toilet Expo in Beijing on Tuesday that these technologies at the event "are the most significant advances in sanitation in nearly 200 years".

Waving a beaker of poo at the assembled throngs, Gates said it contained as many as 200 trillion rotavirus cells, 20 billion Shigella bacteria, and 100,000 parasitic worm eggs.

Gates explained to a 400-strong crowd that new approaches for sterilising human waste may help end almost 500,000 infant deaths and save $233 billion annually in costs linked to diarrhoea, cholera and other diseases caused by poor water, sanitation and hygiene.

One approach from the California Institute of Technology that Gates said he finds "super interesting" integrates an electrochemical reactor to break down water and human waste into fertiliser and hydrogen, which can be stored in hydrogen fuel cells as energy.

We were going to write a gag about how we wished he had thought of that before releasing Windows Vista but we don’t have the heart. He is saving lives, which is more than Steve Jobs ever did.

The reinvented toilet market, which has attracted companies including Japan's LIXIL Group, could generate $6 billion a year worldwide by 2030, according to Gates.

The initial demand for the reinvented toilet will be in places like schools, apartment buildings, and community bathroom facilities. As adoption of these multi-unit toilets increases and costs decline, a new category of reinvented household toilets will become available, the Gates Foundation said.

Last modified on 08 November 2018
Rate this item
(0 votes)
Tagged under
More in this category: « Zuckerberg ignores UK and Canada Apple denies peace talks with Qualcomm »
back to top