Apple Pay hacking off the bankers 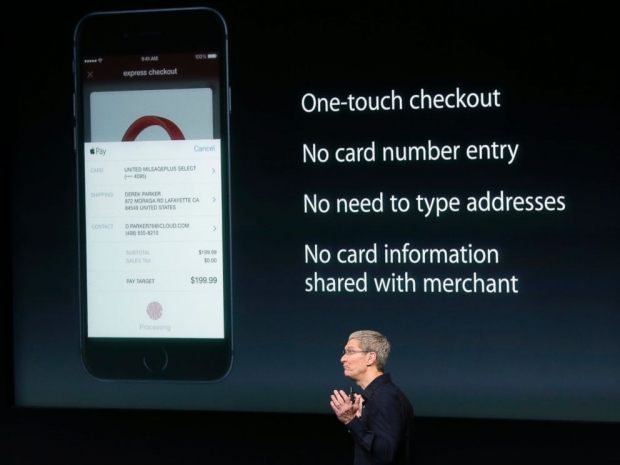 As we predicted, Apple’s ability to squeeze its partners for cash is not working well in the finance industry.

While Apple has managed to do well with its Apple Pay product, there are signs that all is not well.

Apple has had to launch a charm offensive on senior banking and finance executives, as the world’s biggest walled garden tries to patch up its fractious relationship.

The central issue is bankers, unlike other Apple partners, do not see why they must give so much money for the pricey Apple Pay transaction service. Apple’s secrecy rules also do not play nice with current transparency regulations.

It tried to do its usual trick of hyping itself up and expect the bankers to follow like adoring children. Unfortunately for Apple, high-level Bankers did not get where the are today by believing that sort of rubbish. In fact, while Bankers might be Satan’s little helpers, at least theyare not stupid Apple fanboys who think buying the iPhoneX is great because its maker tells them that it is.

Attendees leaving the presentation, some early, were plainly underwhelmed. ITnews spoke to a Swiss banker who was less impressed and described the Apple event as one giant stage managed ad and said it revolved around Apple talking about how good it was, how good its privacy is, and how nice its products are.

“Apparently I can also do some banking on my iPad and you can use an iPad in a bank”, the gentleman drolly said. "Great."

French, Belgian, and German bankers seemed similarly underwhelmed and said that Apple basically thought they could win them over with an hour-long advert.

“And they are expensive and quite arrogant. I think too expensive. I don’t see a change. We will see.”

Normally when a company makes a PR balls up on that scale it changes its policy and works out a way to engage its customers better. Apple on the other hand arrogantly believes its own bullshit and has no connection points to the finance industry. As a result, it stands to lose as bankers think it might be better to pull out.

Last modified on 30 October 2018
Rate this item
(0 votes)
Tagged under
More in this category: « Foxconn scales back American plans US military to monitor social media »
back to top