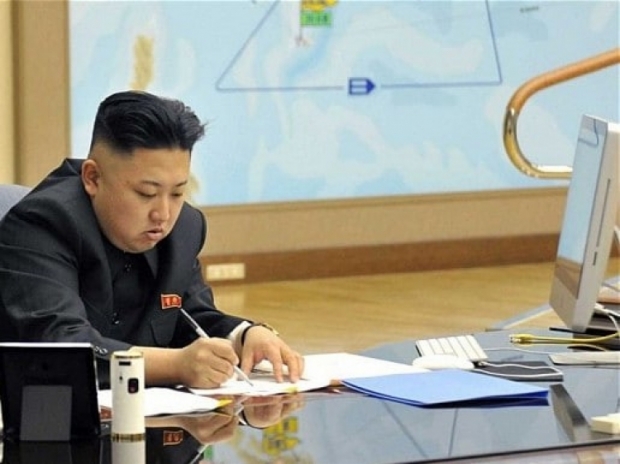 Dear Apple, the Mac I bought from your genius store is on the friz again and I am unable to defeat even Microsoft in my cladestine hacking war against the US. You told me that Apple was superior! Love and Kisses Kim

Bossert was short on details but said the US government was calling on other companies to cooperate in cyber security defence.

Bossert’s remarks came during a White House news conference in which he blamed Pyongyang for the WannaCry attack that infected hundreds of thousands of computers in more than 150 countries, saying the US government had clear evidence that North Korea was responsible. He did not share that evidence.

Facebook confirmed that the company last week deleted accounts associated with a North Korea-linked hacking entity known as Lazarus Group “to make it harder for them to conduct their activities”. The accounts were mostly personal profiles operated as fake accounts that were used to build relationships with potential targets, the spokesman said.

Microsoft president Brad Smith said the company last week disrupted malware that the Lazarus Group relied upon, cleaned customers’ infected computers and “disabled accounts being used to pursue cyber attacks”. Smith said the steps were taken after consultation with several governments, which he did not identify, but Microsoft’s decision was independent.

Last modified on 20 December 2017
Rate this item
(0 votes)
Tagged under
More in this category: « Broadcom may fire a third of Qualcomm staff Samsung makes the world’s smallest DRAM »
back to top