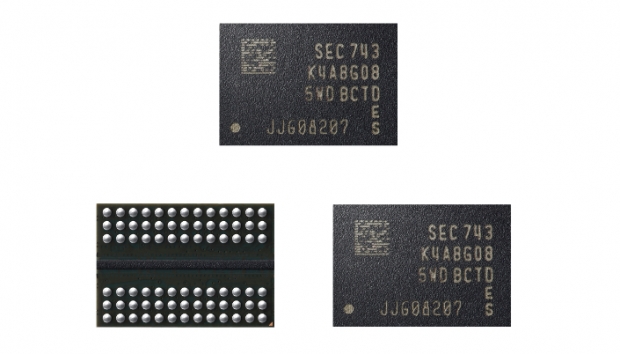 The “second-generation” 10-nanometre class, 8-gigabit DRAM chips has improved energy efficiency and data processing performance and is to be targeted at
premium data-crunching electronics such as cloud computing centres, mobile devices and high-speed graphic cards.

The global leader in computer chips, televisions and smartphones said it would shift most of its existing DRAM production capacity to 10-nano chips in 2018.

Samsung’s 2nd-generation 10nm-class 8Gb DDR4 features an approximate 30 percent productivity gain over the company’s 1st–generation 10nm-class 8Gb DDR4. In addition, the new 8Gb DDR4’s performance levels and energy efficiency have been improved about 10 and 15 percent respectively, thanks to the use of an advanced, proprietary circuit design technology. The new 8Gb DDR4 can operate at 3,600 megabits per second (Mbps) per pin, compared to 3,200 Mbps of the company’s 1x-nm 8Gb DDR4.

To enable these achievements, Samsung has applied new technologies, without the use of an EUV process. The innovation here includes use of a high-sensitivity cell data sensing system and a progressive “air spacer” scheme.

In the cells of Samsung’s 2nd-generation 10nm-class DRAM, a newly devised data sensing system enables a more accurate determination of the data stored in each cell, which leads to a significant increase in the level of circuit integration and manufacturing productivity.

The new 10nm-class DRAM also makes use of a unique air spacer that has been placed around its bit lines to dramatically decrease parasitic capacitance**. Use of the air spacer enables not only a higher level of scaling, but also rapid cell operation.

With these advancements, Samsung is now accelerating its plans for much faster introductions of next-generation DRAM chips and systems, including DDR5, HBM3, LPDDR5 and GDDR6, for use in enterprise servers, mobile devices, supercomputers, HPC systems and high-speed graphics cards.

Samsung has finished validating its 2nd-generation 10nm-class DDR4 modules with CPU manufacturers, and next plans to work closely with its global IT customers in the development of more efficient next-generation computing systems.

Samsung said it was not looking to expand chip shipments immediately but was investing to maintain longer-term market position.