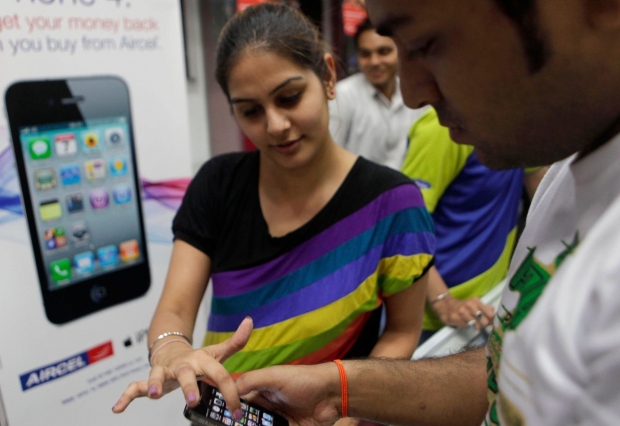 Backs down after spat

The Tame Apple Press ran a story about how wonderful its favourite fruity tax-dodger had agreed to help to the Indian government to develop an anti-spam mobile application for its iOS platform.

However the story failed to mention that it was another incidence of Apple’s arrogance in dealing with government and regulatory authorities which dared to stand up to it.

Apple has been locked in a tussle with India’s telecoms regulator for more than a year. The watchdog had wanted Apple to develop an app which allowed iPhone users to report unsolicited marketing texts or calls as spam.

Google was able to comply with the rule and the government app was launched on Google’s Android platform last year. However, Apple refused, claiming that a government app with access to call and text logs could compromise its customers’ privacy.

After a while the regulator became a little miffed at Apple and there were threats of sanctions. Apple executives flew to New Delhi last month and told officials the company would help develop the app, but only with limited capabilities.

Apple’s executives insisted that its iOS platform might not allow for some of the government’s requests, such as making call logs available within the app that would allow users to report them as spam, the official said.

However Apple will help develop an app which, to an extent, can solve the requirements, said the official.

Neil Shah of Hong Kong-based technology research firm Counterpoint Research said the matter was more of an ego tussle between Apple and the Regulator which covers Apple’s chief worry.

If one government succeeds in telling Apple what to do, then others will follow. The worry is less that governments will insist on backdoors, more that they will want software which Apple does not want.

The chairman of the Telecom Regulatory Authority of India (TRAI) R.S. Sharma said he was unhappy with Apple for not responding swiftly to the government’s requests.

“We’ve told them they are harming their consumers. I hope good sense prevails upon them.”

TRAI said the app does not raise any privacy concerns.

Later that month, Apple again approached the TRAI saying it had identified potential solutions but they would require additional discussions with the regulator’s technical staff.

Horvath and other Apple executives met TRAI officials in October and conveyed they would help them develop the first version of the app with limited features.