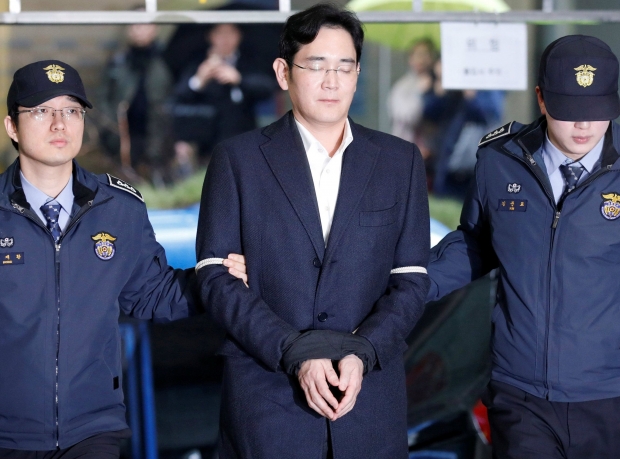 Jay Y. Lee is set to spend the next five years in prison after receiving one of the harshest sentences handed to a South Korean chaebol executive.

A court convicted him of bribing his way to greater control of the Samsung empire his family founded and while it was part of a bigger corruption scandal that brought down South Korea’s president, the trial could have significant impact on the way Samsung is run.

The trial showed the "close ties" between Korea's leading business groups and the political elite. Prosecutors had sought 12 years in prison for the 49-year-old billionaire, whose lawyer said he would appeal. Any sentence of more than three years can’t be suspended which is the normal way the elite obtain their get out of jail free card.

However the judgment reflects a greater willingness by South Korea to actually do something about the arrogant elite who run their big companies. In the past, a long list of business leaders, including Lee’s father, were convicted for corrupt behavior but were let off. The younger Lee is unlikely to enjoy such leniency.

Presiding judge Kim Jin-dong told the Seoul Central District Court that it was shocking that the disease of political-business collusion between Korea’s most powerful person, the president, and a conglomerate is not a thing of the past but still continuing.

“It will be hard to recover from this loss of faith. The fact that the defendants were executives who represented Samsung Group makes the influence on the society and economy hugely adverse.”

Lee was convicted of all five charges he faced, including allegations of embezzlement.

While the ruling casts doubt over Lee’s return to the conglomerate his grandfather founded almost 80 years ago, the business is doing well, with Samsung Electronics posting record earnings and its shares rising 30 percent this year, outperforming the benchmark Kospi.

The guilty verdict immediately removes the public face of Samsung, which could make it harder for the company to do business in some cases, according to Paul Swiercz, professor of management at George Washington University.

“It will be more difficult for Samsung to negotiate the transnational deals with its present and future global partners”, Swiercz said.

The younger Lee’s absence could lead to further empowerment of managers such as Vice Chairman Kwon Oh-hyun, who oversees semiconductors; President J. K. Shin, who is in charge of mobile products; and President Yoon Boo-keun, who runs the consumer appliances business.

Through hundreds of hours of testimony from dozens of witnesses, prosecutors sought to draw a link between backing from a state-run pension for a contentious 2015 merger of Samsung affiliates and money paid to a confidante of then President Park Geun-hye, including an $800,000 horse for the friend’s daughter.

Last modified on 25 August 2017
Rate this item
(0 votes)
Tagged under
More in this category: « Apple gets $208 million in tax breaks to build Iowa data centre Logitech sued »
back to top