Macs are an attack magnet 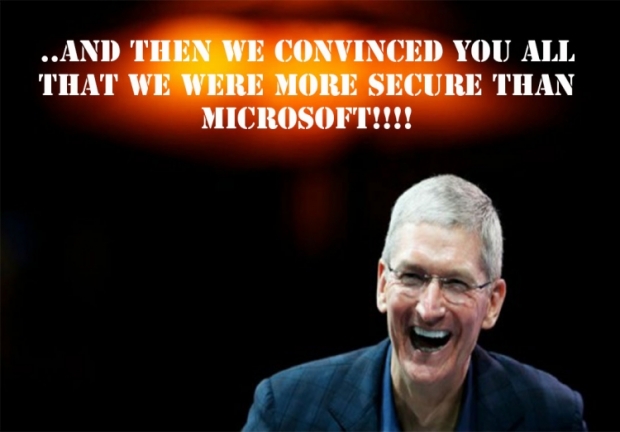 The myth that Macs were somehow more secure than other operating systems too another battering today in the latest Threat Report by McAfee Labs.

Attacks on Macs have risen by 744 percent in 2016 and there are more than 460,000 malware samples on Mac machines found. Although this is not a particularly high number you have to acknowledge that this is one security company and on a single machine.

It appears that after years of leaving Macs alone, virus writers are suddenly taking an interest in knocking them over and the security by obscurity measures, along with faith-based defences are not working.

The Tame Apple Press has rushed to say that “despite the dramatic increase in macOS malware attacks, Mac owners need not be too alarmed”.

One newspaper even said that the attacks were just irritating and not like the “true malware attacks” that Windows users have to suffer.

Most of the attacks were just adware which automatically generates and displays advertising material, including banners or pop-ups, whenever a user is online, the Tame Apple Press  tried to reassure Apple fanboys.

Last summer, Mac owners were warned about a new malware dubbed Backdoor.MAC.Elanor – a nasty piece of code that infects the OS X operating system and gives hackers complete access to the files on the computer.

Last modified on 07 April 2017
Rate this item
(0 votes)
Tagged under
More in this category: « Alexa is too sexy for most Canonical Founder wades into open sauce purists »
back to top