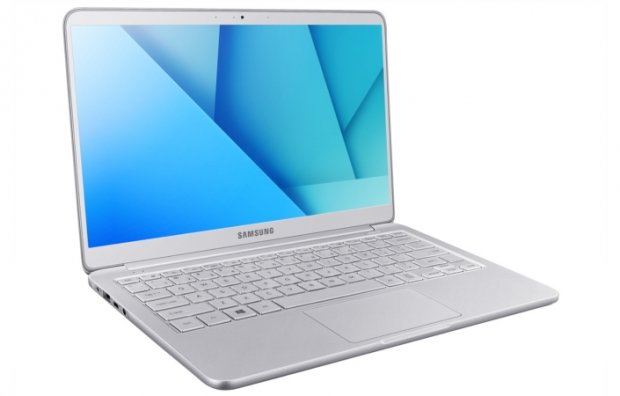 Samsung has flogged more than 100,000 units from its refreshed Notebook 9 line of laptops in South Korea so far, this year.

Samsung took time out from its involvement with the horse industry to market a 13.3-inch model as the lightest laptop (799 grams) on the market. Apparently, this decision attracted the interest of Korean consumers, which resulted in a boom in sales.

Samsung’s computers sometimes end up as a bit of a surprise money spinner. In July 2016, it was revealed that firm had overtaken Apple in Brazil, earning it the title of the region’s top PC manufacturer.

The 13- and 15-inch Samsung Notebook 9 showcase sleek and light chassis as compared to their predecessors. The 13-inch version weighs 1.8 pounds while its 15-inch counterpart weighs two pounds.

The newest Samsung Notebook 9 laptops features a backlit keyboard, two USB 3.0 ports, a single Type-C port, HDMI, and microSD slot with a conservative seven hours of battery life. Its display reclines up to 180°, making it simple to share presentations with co-workers, or pictures with your friends and family. Samsung pushed the device as “a perfect combination of performance and portability”.

The device is powered by Skylake processor with Core i5 for the 13-inch device while the premium 15-inch Notebook was equipped with Core i7 chipset. The newest revamped laptops come with the latest Windows Hello OS with a fingerprint scanner for improved security.

Last modified on 21 February 2017
Rate this item
(0 votes)
Tagged under
More in this category: « Intel spills the beans on Optane requirements Silicon wafer prices will rise this year due to demand increase »
back to top