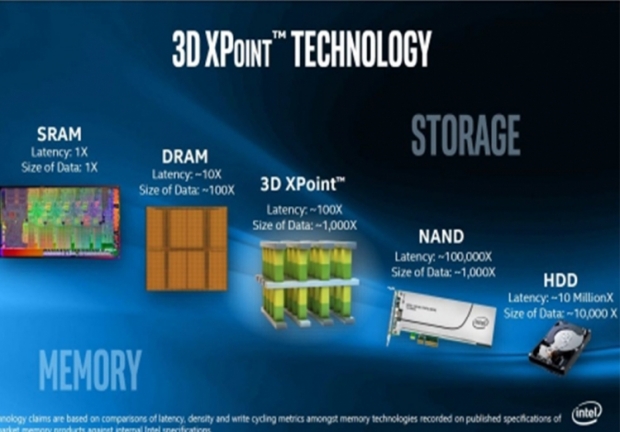 Will need at least a seventh-generation Kaby Lake processor

If you were hoping to get your paws on Chipzilla’s delayed Optane non-volatile memory devices you might need to also invest in a Kaby Lake system.

While Intel first unveiled Optane in 2015, it told us that the tech would appear in 2016. The tech is a an implementation of 3D Xpoint technology and is designed to bridge the gap between fast-but-small volatile DRAM and the slower non-volatile mass storage which can store more.

Chipzilla claimed Optane would offer performance similar to dynamic RAM (DRAM) but with the benefit of keeping its data when the system is powered off, like a traditional solid-state drive (SSD).

Intel was the first to promise a product range that would benefit not only the server market but also desktop users. At the time Intel said that a Optane-equipped desktop PC could run on a sixth-generation Skylake processor.

But according to Bit-Tech now Intel is getting closer to launching the devices, Skylake support appears to have been dropped.

It looks like Optane will require a seventh-generation Kaby Lake processor at minimum. So you will need a 200-series chipset motherboard with an M.2 type 2280-S1-B-M or 2242-S1-B-M storage connector linked to a PCH Remapped PCIe controller with two or four lanes and B-M keys meeting Non Volatile Memory Express (NVMe) v1.1 standards.

The motherboard will also need to have a BIOS supporting Intel's Rapid Storage Technology (RST) driver version 15.5 or above.

Still we have no idea how much the technology will cost.