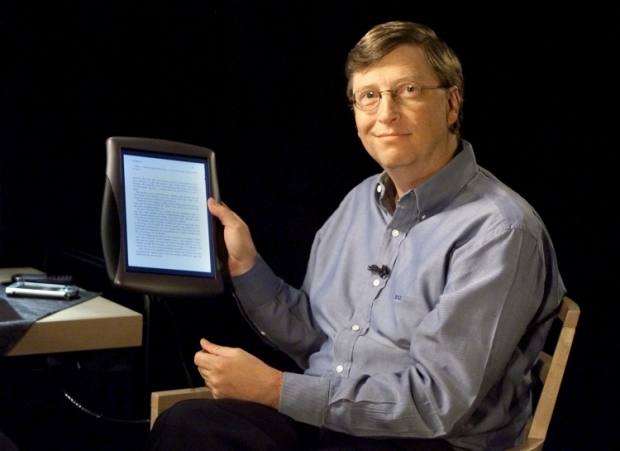 So much for game changing

Notebooks, which had been written off by the Tame Apple Press after Steve Jobs showed off his tablets, are now back.

Beancounters working for Deloitte have found that the sales of slates are expected to be down 10 percent in 2017 compared to last year and there will probably be 165 million units leaving the shops.

This is a third less than the total number of slates shifted in 2014 when 230 million tablets were sold.

PC and laptops however are expected to stay at the same level as last year, and Deloitte has observed that the kids of today don’t want tablets any more. They either want a phablet, or a notebook.

Phablets were the thing that Steve Jobs told the world they did not want and yet it turned out they did. It might have been the reason he was telling us that was because he knew that they would kill off his tablet dream.

Paul Lee, head of TMT research at Deloitte, commented: “There are three consumer devices that are leading tablets by a large margin: TVs, smartphones, and computers. It seems unlikely that the tablet will ever displace these devices.”

IDC’s figures from last summer showed a big slump in tablet shipments, but also found that detachable sales were improving. Most analysts think that hybrid 2-in-1s will represent a fifth of all PCs by the year 2020.

Last modified on 11 January 2017
Rate this item
(0 votes)
Tagged under
More in this category: « Foxconn profits took a dive in December Google brings Tango augmented reality to museums »
back to top