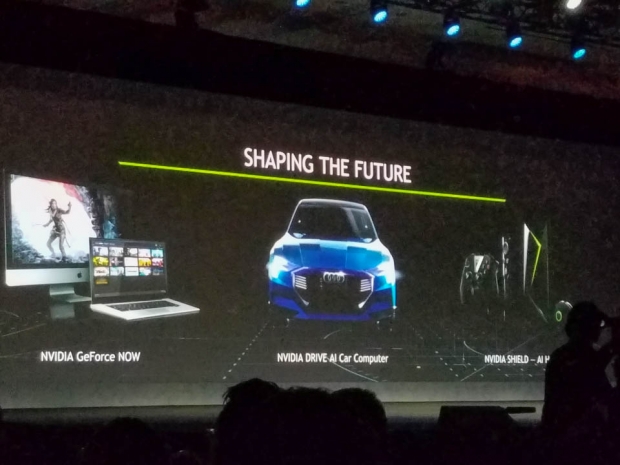 On Wednesday, Nvidia CEO Jen-Hsun Huang took its gaming audience two years back by re-introducing its cloud-based game streaming service, Geforce NOW. The difference this time around, however, is that the platform will finally expand from its limited use on Shield Android devices and make its way to PC users worldwide.

The company originally announced its cloud-based gaming service under the name Nvidia Grid back in November 2015 for people in North America and Western Europe, prior to a limited beta for Northern California users in late 2014. Launching sometime in March, the refined cloud-based platform is hosted on Amazon Web Services and follows in the footsteps of existing options such as PlayStation Now and OnLive.

Nothing comes free of charge these days, and while the previous Geforce GRID service was available for $8 per month, Nvidia’s more expanded Geforce NOW will run at $25 for 20 hours of gameplay. This equates to about $1.25 per hour. In comparison with other rental platforms, it currently costs $2.00 to rent a Blu-ray from RedBox, while GameFly’s streaming service offers 16 games for $10 per month.

Nvidia also announced that its Geforce Experience will now receive compatibility with Facebook Live, allowing users of the world’s largest social network to broadcast in-game experiences in a single click. This will expand the service from Shield, Twitch and YouTube Live streaming into a much broader social audience that includes non-gaming friends, family and coworkers, so it will be interesting to gauge audience metrics on how popular PC game streaming becomes on an audience of everyone. 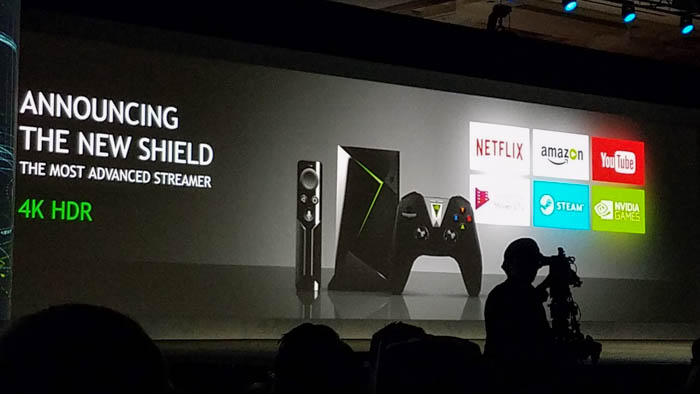 The company also announced a new Shield Android TV capable of 4K HDR video playback, Dolby Atmos and 7.1 surround. Under the hood is a Tegra X1 processor with a 256-core GPU and 3GB of RAM. It includes 802.11ac MIMO Wi-Fi, Bluetooth 4.1, two USB 3.0 ports, a micro USB 2.0 port, a microSD slot, an HDMI 2.0 port, Gigabit Ethernet and an IR receiver all in a 23 ounce package. The new Shield includes integration with Netflix, Amazon, YouTube, Google Play and Steam to bring 4K HDR playback to the home theater outside of a Smart TV interface. 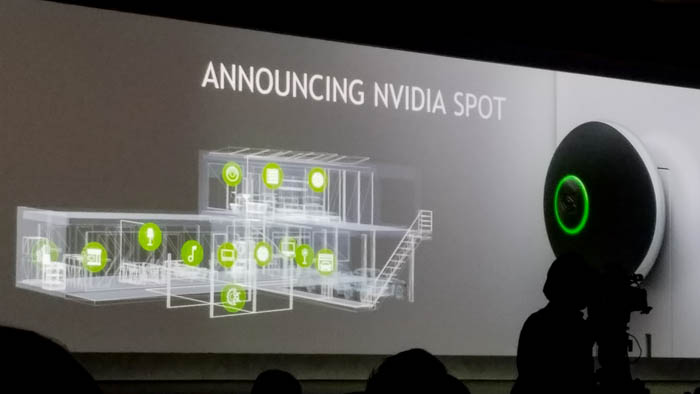 In an effort to deliver a competitor in the emerging field of voice-activated assistants, the company also introduced the Nvidia Spot using Google’s Assistant API. Just like Amazon’s Echo lineup, the device is capable of far-field voice processing and echo cancellation. Nvidia wants its customers to purchase multiple Spot devices to place around their homes for always-on listening so it can get better acquainted with user habits and personal preferences. The Spot is also compatible with certain smart home accessories and is able to control devices part of the Samsung SmartThings, and possibly others. It will debut in the coming months as a separate accessory, though the price point has not been revealed yet. 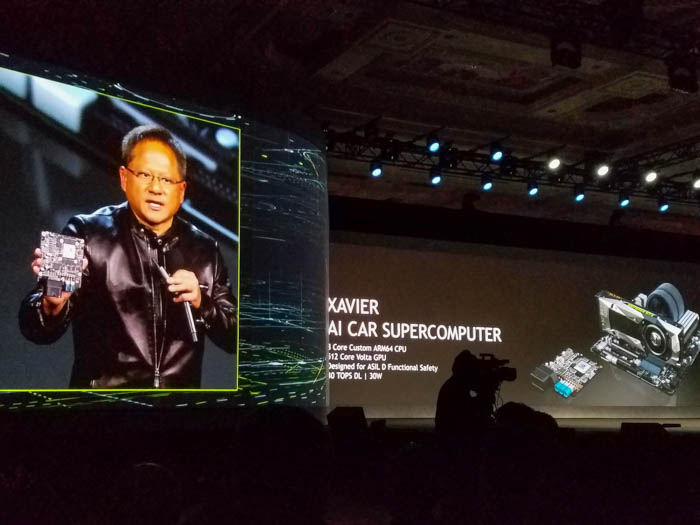 Nvidia has been discussing its "vision" for solving the world’s waste problems using self-driving vehicles for quite some time now. During the keynote, Jen-Hsun reiterated that AI is the solution to self-driving vehicle deployment that will be powered by advancements in deep learning processing at very high rates.

The company’s latest AI car supercomputer is called Xavier and is powered by an 8-core custom ARM64 CPU, a 512-core Volta GPU. The unit is capable of delivering 30 tera ops (TOPS) of double-precision learning in a 30-watt design. More notably, the chip was designed for ASIL D (Automotive Safety Integrity Level D) Functional safety. This is the highest classification of injury risk that uses the strictest safety measures for preventing risk in the event of a vehicle malfunction. 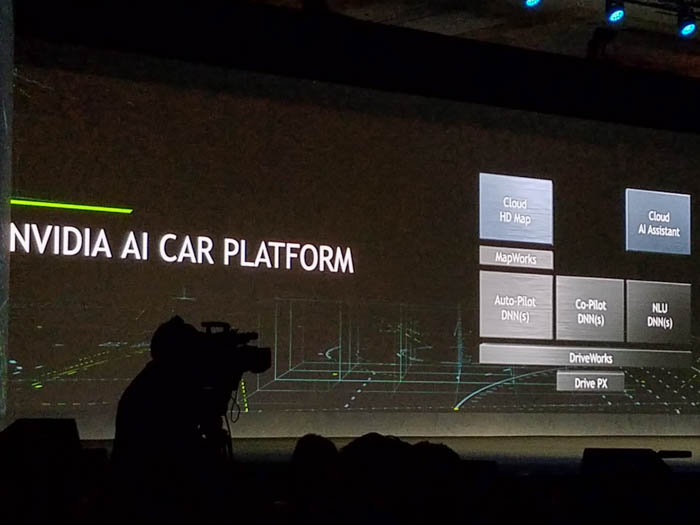 Admittedly, the company’s more focused announcement at this year’s keynote is a new partnership with Audi to produce the world’s most advanced self-driving vehicle, and to have it operating on the road by 2020. Audi America President Scott Keogh took the stage and announced the company’s mutual pursuit of safer roads and mobility services to usher in a new generation of vehicle automation over the next couple of years. The first pilot concept vehicle is called the Audi Q7 and runs an Nvidia’s Drive PX 2 computing platform equipped with DriveWorks software. Audi also plans to unveil a new A8 featuring the Level 3 self-driving certification and using Nvidia end-to-end AI vehicle platform.

Last modified on 14 January 2017
Rate this item
(0 votes)
Tagged under
More in this category: « AMD teases its Ryzen and Vega system at CES 2017 QLED is better than OLED, claims Samsung »
back to top