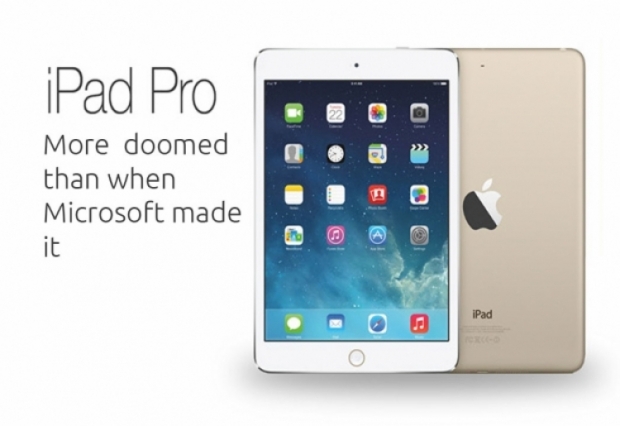 No one is buying them anyway

Fruity tax-dodging cargo cult Apple has not extended its “charge more for less” policy onto its iPads.

While the iPhone and Macbooks have seen their functionality stripped with no change in prices, it looks like the iPad is going to keep all the tools that Jobs’ Mob has been abandoning in its more profitable range.

Faced with declining iPad sales, Jobs Mob does not want to make them even less attractive to users. MacRumours suggests that all three of the models will keep the 3.5mm headphone jack which Apple has been claiming is the chocolate teapot of technology.

The new trio of new iPad Pro models will include a 9.7-inch and 12.9-inch versions and an all-new bezel-free 10.9-inch model.

The 10.9-inch model will reportedly have a borderless design keeping it at the same size as the current-generation 9.7-inch iPad Pro. The bezil free design does mean that it will have to use the home button which will be irritating, but not as bad as losing the headphone jack.

The 12.9-inch iPad Pro will include a 12-megapixel rear-facing camera and will come with a True Tone display, as will the 9.7-inch version. The new 9.7-inch iPad Pro is believed to be the “affordable” option of the iPad range like the iPad mini, which likely won't be getting a product refresh.

They should be in the shops after Christmas.