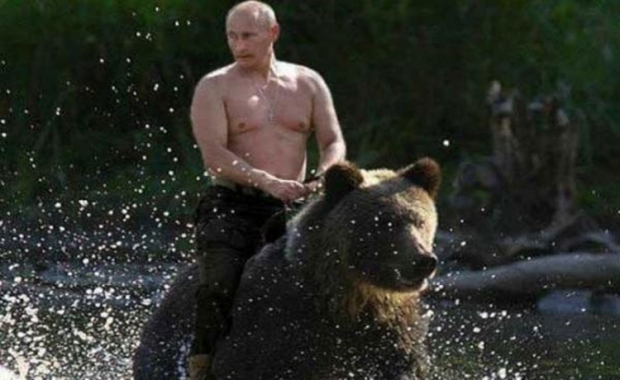 Own glorious  version of “Office” and Windows on five year plan

Tsar Vladimir Vladimirovich Putin is ordering a purge of all things Microsoft from the glorious Russias.

Tsar Putin’s plan is to replace Microsoft software with Russian software on computers as a part of a plan to remove foreign tech. Artem Yermolaev, head of technology for Moscow, said the city will replace Microsoft's Exchange Server and Outlook on a total of 6,000 computers with an email system installed by Rostelecom PJSC, a state-run carrier.

The new email software, developed by Russia's New Cloud Technologies, might then be deployed on 600,000 computers and servers.

Microsoft's Windows and Office will be the next to go, Yermolaev added. Putin is apparently worried about security concerns after US companies shut down paid services in Crimea, following Russia's annexation on 18 March 2014.

Voleware is not the only thing that has to worry. SAP and Oracle are also on the Russian purge list.

German Klimenko, Putin's internet czar, wants to increase taxes on US tech firms in an effort to help Russian rivals such as Yandex NV and mail.ru.

Russian Communications Minister Nikolay Nikiforov said, "We want the money of taxpayers and state-run firms to be primarily spent on local software."

They have a year to get their act together. From next year, government organisations including the Federal Anti-Monopoly Service, General Prosecutor's Office and Audit Chamber "will be tightening their grip" on state institutions that are not using domestic software, he added.

Moscow has already switched from Cisco Systems for city surveillance cameras to local software, said Yermolaev. At least this way, they can be sure that they discretely don’t work when an anti-Putin journalist mysteriously shoots themselves several times in front of one of them.

Last modified on 28 September 2016
Rate this item
(11 votes)
Tagged under
More in this category: « Lithium battery prices set to rise Oracle denied another Java trial »
back to top