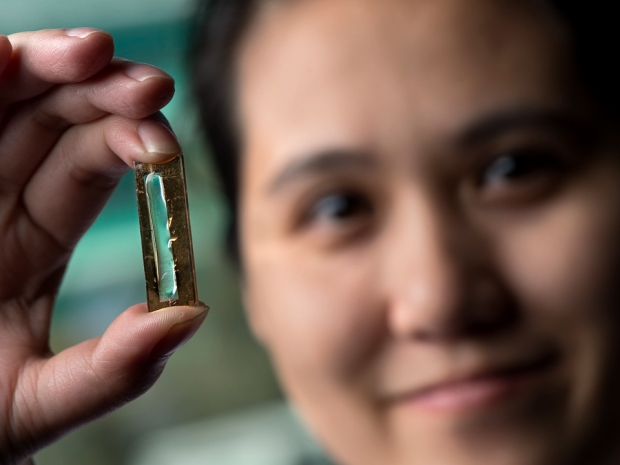 Doctoral research student Maya Le Thai was working in her laboratory with nanobatteries one day when she decided to try a new approach. She coated an entire gold nanowire with a manganese dioxide MnO2 shell and covered the assembly with a "plexiglass-like" electrolyte gel, but the resulting outcome was completely unexpected.

Traditional nanowire-based batteries are thousands of times thinner than a human hair, highly conductive and feature a large surface area for the transferring and storing electrons. In practice, however, they are extremely fragile and don't hold up to repeated charging or cycling - a typical laptop battery holds around 300 to 500 charge cycles, for example. In lithium-ion batteries, nanowires usually expand and grow brittle or crack over time. 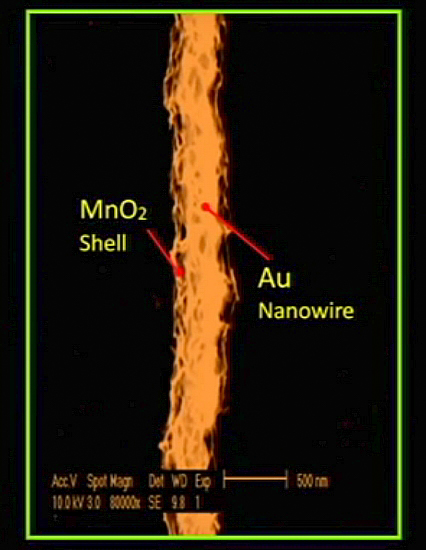 Using the UC Irvine doctoral researcher's technique, the MnO2-coated gold nanowire was able to last up to 200,000 charge cycles over a span of three months without even detecting any power degradation or nanowire fracturing. The official test rates the resulting battery “with 94–96% average Coulombic efficiency.” In other words, it was effectively still new at the end of the three-month experiment. 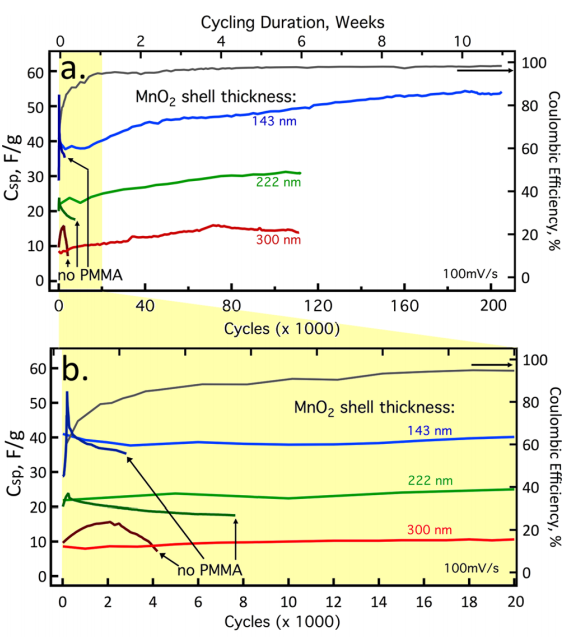 The researchers think the plexiglass-like" electrolyte gel somehow plasticizes the metal oxide in the battery and gives it flexibility, preventing cracking.

“The coated electrode holds its shape much better, making it a more reliable option,” Thai said. “This research proves that a nanowire-based battery electrode can have a long lifetime and that we can make these kinds of batteries a reality.”

The research team was also able to significantly strengthen the filaments found in lithium-ion batteries. 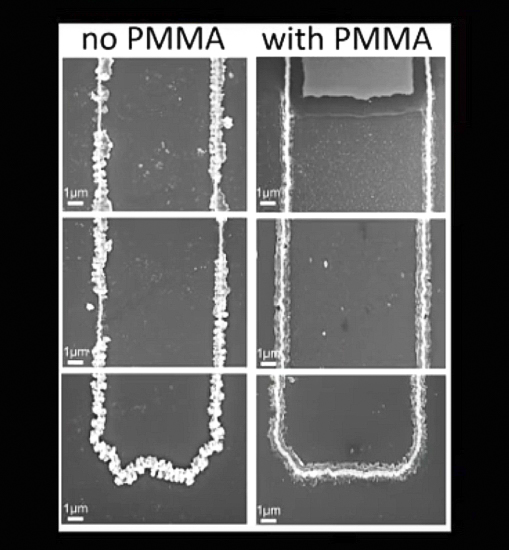 What's new here with the UC Irvine discovery is the combination of the plexiglass-like PMMA electrolyte gel with manganese dioxide (MnO2) coating, leading to the unprecedented breakthrough in cycling efficiency from the usual 1,000 cycle maximum to over 200,000 cycles.

“The coated electrode holds its shape much better, making it a more reliable option,” Thai says. “This research proves that a nanowire-based battery electrode can have a long lifetime and that we can make these kinds of batteries a reality.”

The research paper was published last week in the American Chemical Society's Energy Letters and can be found 1,000 cycle maximum.

Last modified on 29 April 2016
Rate this item
(14 votes)
Tagged under
More in this category: « Samsung heading for more profits Icahn dumps Apple »
back to top