Apple "iPhone 7 Plus" may be officially named "iPhone Pro" 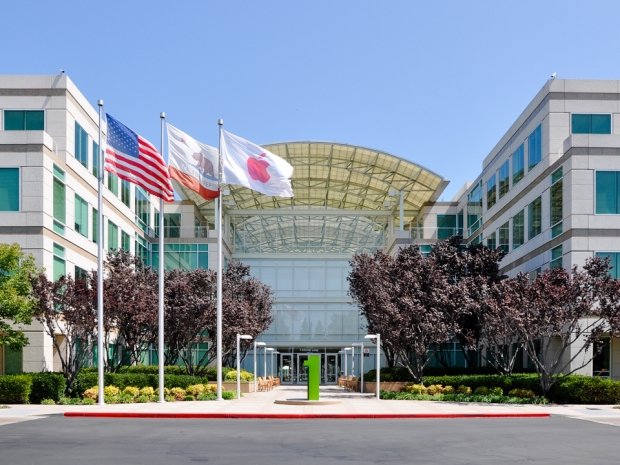 iPhone lineup would become on par with three-model iPad lineup

According to a recent Chinese media report, Apple may be switching its naming scheme on the Plus-sized iPhone models for its tenth-generation iPhone 7 launch later this fall, to one that is more consistent with new product announcements in the third quarter of 2015.

The rumor originates from foreign media source HG through a blog post on MyDrivers.com, in which the author notes that Apple believes the Plus-sized model of the iPhone 7 will be rebranded as the “iPhone 7 Pro,” or simply the “iPhone Pro.” The reasoning behind this marketing strategy is to make room for a third iPhone model in the company’s smartphone portfolio, in order to bring it more in line with the three-model iPad portfolio that recently got its third and newest member – the iPad Pro – in November 2015.

Here is the reasoning behind the “Plus to Pro” transition for the iPhone and how it relates to the company’s new iPad lineup. As it stands, Apple now has three iPad models to choose from – the 7.9-inch iPad mini, the 9.7-inch iPad Air, and the 12.9-inch iPad Pro. On September 9, 2015, the company formally announced the iPad Pro, its largest 12.9-inch tablet built and designed for creative professionals, industry professionals and anyone else willing to pay over $800 USD for a 1.5-pound 2.26GHz dual-core tablet with a pen that infamously sticks horizontally out the side while pairing.

Currently, there is not much difference between the 4.7-inch iPhone 6/6S (2014/2015) and the 5.5-inch iPhone 6/6S Plus (2014/2015) other than the larger 1920x1080p displays and Optical Image Stabilization (OIS) feature on the Plus models. As we mentioned in January, well-connected Apple analyst Ming-Chi Kuo expects the company’s standard 4.7-inch iPhone 7 (2016) to feature the usual single iSight camera on the rear. The larger 5.5-inch iPhone Pro (2016) model, however, will differentiate by having dual rear-facing iSight cameras for increased flexibility – one for capturing photos through the traditional normal-to-wide angle lens, and a second “small form factor telephoto” lens that can be used in conjunction with the normal lens for some pretty neat features, possibly including depth-refocusing after a picture has already been taken. Lytro has already made post-capture depth refocusing available with its ILLUM series light-field cameras, and we believe Apple has been working with experienced Israeli engineers from LinX Imaging on some similar post-processing features ever since it acquired the company in April 2015 for $20 million.

There is also a second rumor originating from Apple analyst Ming-Chi Kuo which suggests that the company will introduce both a single-camera and dual-camera version of the next-generation iPhone Pro in order to make up for supply constraints as production ramps up. While this suggestion has less probability than the flagship iPhone’s brand identity transition from “Plus” to “Pro,” his reasoning would imply that Apple could produce four models – an iPhone SE, a standard 4.7-inch iPhone 7, and both a 5.5-inch iPhone Pro (single camera) and a 5.5-inch iPhone Pro Plus (dual camera). However, take this one with a grain of salt as we expect the “Pro” naming scheme is more justified in order to place the iPhone on par with the new three-model iPad lineup.

As we have mentioned previously, Apple’s tenth-generation iPhone 7 (2016) lineup will get a super-fast LTE-Advanced modem similar to the Qualcomm X12 in its Snapdragon 820 processor, capable of up to 600Mbps Category 12 download speeds and up to 150Mbps Category 13 upload speeds. After all, LG’s recently announced flagship G5 (2016) smartphone features the X12 LTE-Advanced modem, while Samsung’s Galaxy S7 and Galaxy S7 Edge (2016) feature an LTE Category 9 modem capable of 450Mbps download speeds and 50Mbps upload speeds. Surely, Apple will compete with its nearest competitors and keep wireless carriers like AT&T and Verizon on the hook for throttling customers’ unlimited LTE data plans even when they now have smartphones capable of 600Mbps speeds.